To simply say that South Korean juggernaut BTS' latest single 'Butter' is a summer bop of the year would be an understatement. After breaking Youtube and Spotify records apart from once again setting new Guinness World Records with the song, BTS has soared high on the Billboard Hot 100 chart. The group earns their third solo No. 1 debut on the chart and fourth, overall. 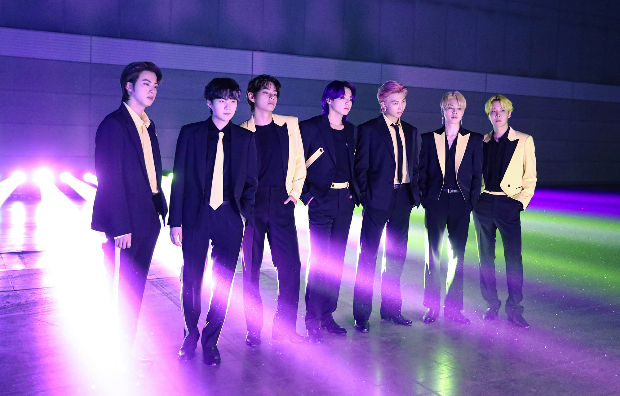 BTS’ ‘Butter’ soars at the top of Billboard Hot 100; group becomes first act in history to earn three No. 1 debuts on the chart

“We released 'Butter' to bring a fun song that anyone can enjoy,” said BTS upon achieving this feat. “We’re happy and honored that the song reached No.1 on the Billboard Hot 100 again. We wouldn’t have gotten our fourth chart-topping song without everyone’s love and support. Thank you for enjoying 'Butter' and we will keep working hard to deliver refreshing and passionate music.”

BTS becomes the first act in history to earn three Not. 1 debut on the Hot 100 chart. All the four No. 1 coming their way within 9 months. Billboard reports that this marks "any act's quickest accumulation of four initial leaders since Justin Timberlake a decade-and-a-half ago. Among groups, BTS has landed its first four No. 1s the fastest since the Jackson 5 in 1970."

The song debuts with a record-breaking "289.2 MILLION streams on the Billboard Global 200, the highest ever in the chart's history, previously held by "Life Goes On" (152.5M)." They also become the first group in history to have 7 No. 1 hits on Billboard's Digital Song Sales Chart, with the largest digital sales week of 2021 with 'Butter' (242,800). Interestingly, BTS has gone for all-kill with the song as the song not only debuted atop on Hot 100 chart but also Billboard Global 200 and Billboard Global Excl. US.

All seven members seem to awake in South Korea. They began to post congratulatory messages and dropped group pictures.

The pop icons debuted the performance at Billboard Music Awards 2021 followed by a second performance at The Late Show With Stephen Colbert and a third performance on the Good Morning America 2021 Summer Concert Series on May 28. BTS recently announced the online live-streaming event BTS 2021 MUSTER SOWOOZOO, held in celebration of the 8th anniversary of BTS and ARMY.

ALSO READ: BTS pay ode to their previous eras through FESTA 2021 portraits ahead of 8th anniversary