"TEAMWORK MAKES DREAM WORK! It's been a historic day for BTS setting records after records. The South Korean group began their day with four wins at Video Music Awards 2020 including the Best Pop category making history as the first Asian Act to win the award. They performed 'Dynamite' for the very first impressive everyone with their stunning stage presence. Seven years since their debut, the superstars of music have done it! They have become the first Korean group to debut at Hot 100 on Billboard Chart with their record-breaking English track 'Dynamite'. 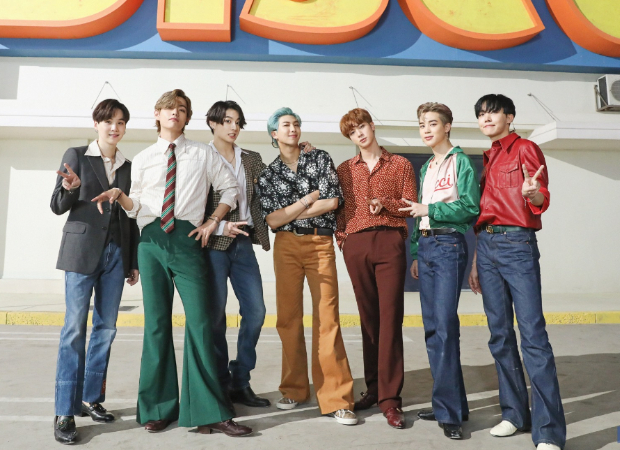 BTS make history with ‘Dynamite’ as it debuts at No. 1 on Billboard Hot 100

As per Billboard, "The Hot 100 blends all-genre U.S. streaming, radio airplay, and sales data." 'Dynamite', that released on August 21 with an official music video, has achieved "33.9 million U.S. streams and 300,000 sold in its first week, ending August 27, according to Nielsen Music/MRC Data. It also drew 11.6 million radio airplay audience impressions in the week ending August 30."

Another important featurette is that 'Dynamite' has had, "265,000 downloads sold (among its overall first-week total of 300,000, which includes it's vinyl and cassette physical versions)". It debuted with the biggest digital sales since Taylor Swift's 2017 track 'Look What You Made Me Do' that had 353,000 sales.

On that note, "Shining through the city with a little funk and soul / So I'ma light it up like dynamite, woah."

ALSO READ: BTS bring a lot of funk and soul with 'Dynamite' performance at VMAs 2020, make history with multiple wins