Can we get a Kim Namjoon, Kim Seokjin, Min Yoongi, Jung Hoseok, Park Jimin, Kim Taehyung, Jeon Jungkook, BTS? Saying something like it's a huge day for BTS would be an understatement. Right after their Grammy nomination for the English retro-pop disco single 'Dynamite', their studio album 'BE', completely in Korean, debuted at No. 1 on Billboard 200 chart. The chart announcement was made on November 30, 2020 morning. It is their second chart-topper after their February 21, 2020, full-length album release 'Map Of The Soul: 7' and overall fifth No. 1 on the chart. 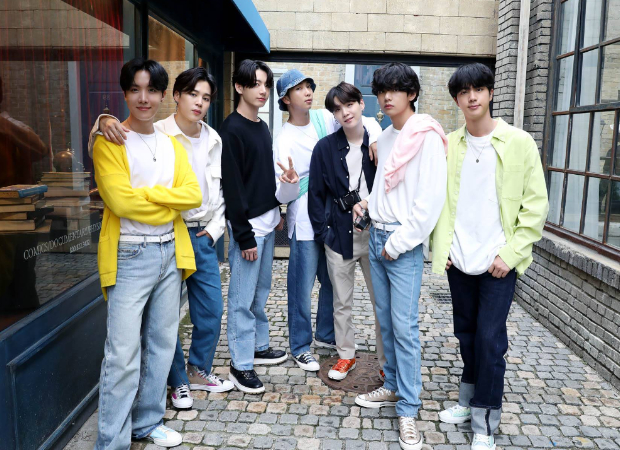 Grammy nominated BTS makes history with a Korean song as ‘Life Goes On’ earns No. 1 spot on Billboard Hot 100

Now, BTS has done it again. They've earned their third No. 1 on the Hot 100 chart (following 'Dynamite' and Jawsh 685 and Jason Derulo's 'Savage Love - Laxed – Siren Beat')and first with a Korean song. The title track 'Life Goes On' has soared to the top spot at Billboard Hot 100 with 'Dynamite' back on the chart on No. 3. The title track becomes first Korean song to even top the chart.

.@BTS_twt's "Life Goes On" is the first No. 1 sung mostly in a non-English language since @LuisFonsi and @daddy_yankee's "Despacito," featuring @justinbieber, in 2017.

.@BTS_twt is now the first and only group in history with multiple No. 1 debuts on the #Hot100 ("Dynamite" and "Life Goes On").

.@BTS_twt and @ArianaGrande are the only acts with three No. 1 songs on the #Hot100 this year.

The report further states, "The first Hot 100 No. 1 in the Hot 100's history sung predominantly in Korean, it's the first No. 1 sung mostly in a language other than English since Luis Fonsi and Daddy Yankee's predominantly Spanish-language 'Despacito' (featuring Justin Bieber), which reigned for 16 weeks in 2017. Before 'Despacito', no such song had topped the Hot 100 since Los Del Rio's 'Macarena (Bayside Boys Mix)', which ruled for 14 weeks in 1996. Before that, Los Lobos' all-Spanish-language cover of Ritchie Valens' 'La Bamba' led in 1987.

.@BTS_twt's "Life Goes On" also debuts at No. 1 on the #DigitalSongSales chart and No. 14 on the #StreamingSongs chart.

Covering a span of exactly three months (Sept. 5-Dec. 5-dated charts), @BTS_twt earns the fastest accumulation of three #Hot100 No. 1s in 42 years, since the @BeeGees earned three No. 1s in two months and three weeks ("How Deep Is Your Love," "Stayin' Alive," "Night Fever").

.@BTS_twt and @taylorswift13 are now the only acts in history to debut a song and album at No. 1 on both the #Hot100 and #Billboard200 in the same week.

In 'BE', BTS opens themselves up to express their mixed feelings about this situation—fear and anxiety mingled with the determination to overcome all this. The album contains the band’s emotions and ruminations they had throughout this year, and the story of “us” continuing the existential journey. That is also the reasoning behind the album’s title, BE, that stands for “to be” or “existence” and does not abide by any form.

Once again BTS proves that music transcends language. No matter how many hurdles they face, their music resonates with the audience and that's what matters. This happened with next to no radio play for the title track in the US whereas their English single 'Dynamite' received a massive response. Even with these kinds of hurdles, they are breaking barriers one album at a time. BTS is here to stay and will continue to be superstars.

ALSO READ: BTS earns their fifth No. 1 album with 'BE' on Billboard 200, their second chart-topper this year after 'Map Of The Soul: 7'