Let's just say it - BTS continues to dominate music charts on the domestic and international level! After achieving Billboard Hot 100 No. 1 with their English single 'Dynamite', they have another song credited to them. 'Savage Love' remix by Jawsh 685, Jason Derulo, and BTS has soared to No. 1 on the Hot 100 chart. Standing tall at No. 2 is 'Dynamite' that continues to stay the popular song! 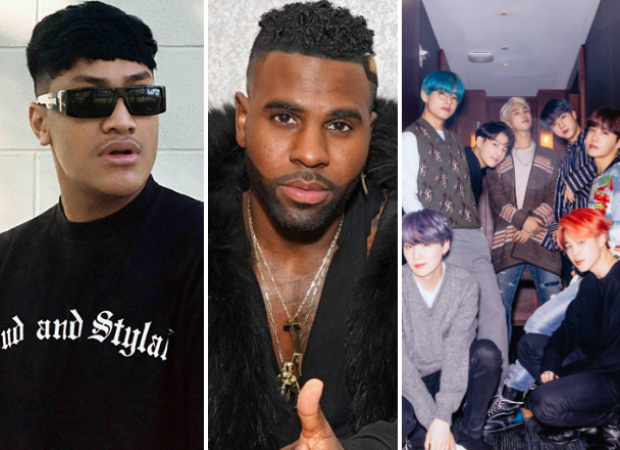 'Savage Love' remix becomes Jawsh 685's first song to reach No. 1 and second for Derulo and BTS. According to Billboard, "Streams, sales & airplay: 'Savage Love' drew 16 million U.S. streams (up 32%) and sold 76,000 downloads (up 814%) in the week ending Oct. 8, according to Nielsen Music/MRC Data. It also tallied 70.6 million radio airplay audience impressions (down 2%) in the week ending October 11. The track jumps 5-2 on the Digital Song Sales chart, descends 4-5 on Radio Songs and rises 20-14 on Streaming Songs while claiming top Sales and Streaming Gainer honors on the Hot 100."

BTS is the first group since Black Eyed Peas to simultaneously hold the first two spots on the Billboard Hot 100. BEP did that for "four weeks in June-July 2009 with 'Boom Boom Pow' and 'I Gotta Feeling'. Only three other duos or groups have won both gold and silver medals in the same weekly competition: OutKast (eight weeks, 2003-04); Bee Gees (five, 1978); and The Beatles (10, 1964)," according to Billboard.