Tiger Shroff and Disha Patani have been reportedly dating for a while but neither have confirmed anything to the press. They always maintained that they have been great friends and that is about it. Despite all the prodding and questioning on Koffee With Karan, Tiger maintained his stoic stance but well, his father Jackie Shroff is of a different opinion with regard to his son’s ‘friendship’ with Disha. He told media that his son found a ‘girl who is a friend’ at the age of 25. He was all praises for Disha and said that they dance and work out together. 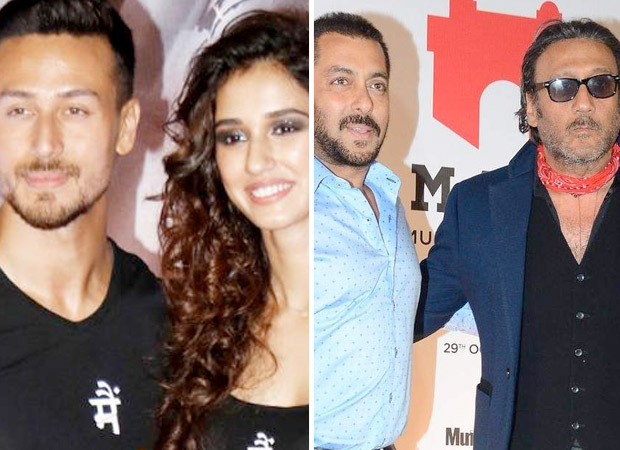 He also said that since she has army background, she understands the pressures of being a total disciplinarian. He, then, REVEALED that Tiger and Disha might get married, date openly or even remain friends….everything is upto them!Jackie Shroff, who will be seen in Salman Khan’s Bharat next, said some really sweet and awesome things about his co-star. He went down the memory lane and recalled seeing Salman as this cute and mischievous teenager. He further added that his eyes still twinkle when he looks at him. Jackie is playing dad to Salman in the movie and hence feels relatable in his on screen character.

Jackie Shroff was in news recently because his smashing appearance at the Ambani wedding went VIRAL. He had pulled over a Bandhani dupatta over a kurta and salwar and there were memes galore in the appreciation of his quirky outfit.

Jackie Shroff, on the work front, will be seen next in Bharat which also has Disha Patani in an important role.