Remo D’souza’s ambitious movie Street Dancer 3D is currently on floors. The movie is being shot in a tight schedule in London and the lead pair, Varun Dhawan and Shraddha Kapoor, are leaving no stone unturned to make sure that they give their best to this ambitious project. Since we have already seen them in ABCD 2, there is a great re-call value for this pair. To add on to it, many portions of this film will be shot in 3D including a dance number featuring the dancing sensation NORA FATEHI. 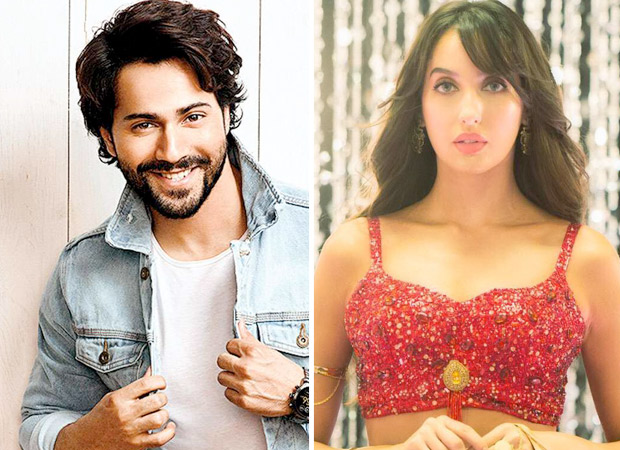 While it was earlier reported that she is going to be a part of a sizzling dance number with the lead an Varun, the update is that the song has been already shot before Varun took a short break for Kalank promotions. The song was shot in 3D over the course of three days in London. It was mostly a night shoot and was shot in 3D set up at the top of O2 Arena in London. The song has been composed by none other than the party king, Badshah.

After Street Dancer 3D, there are talks about Varun Dhawan being a part of his dad’s venture, Coolie No 1 remake with none other than Sara Ali Khan. The movie is set to be produced by his brother Rohit Dhawan and directed by none other than David Dhawan. Though there is no official confirmation from their side, it is widely speculated that the project will kick off soon.

On personal front too, there are rumours flying thick and fast about Varun Dhawan getting married to Natasha Dalal soon.