As a homage to the constantly evolving hair, makeup & skincare industry, April 2019 will witness the debut of India Make Up Show, curated by Mumbai based entertainment start-up, Brothers Incorporated founded by Rahul Tuljapurkar and Ninad Shah. Adding an element of inimitability, the IP holders have been successful in roping in the serial entrepreneur and ground-breaking international beauty icon, Bobbi Brown for the debut showcase. Joining one of the world’s most established, American professional makeup artist and former founder of Bobbi Brown Cosmetics on the line-up will be Cory Walia, Bianca Louzado, Mariana, Mehera Kolah, Namrata Soni, Vipul Bhagat and Savio John Pereira from India. 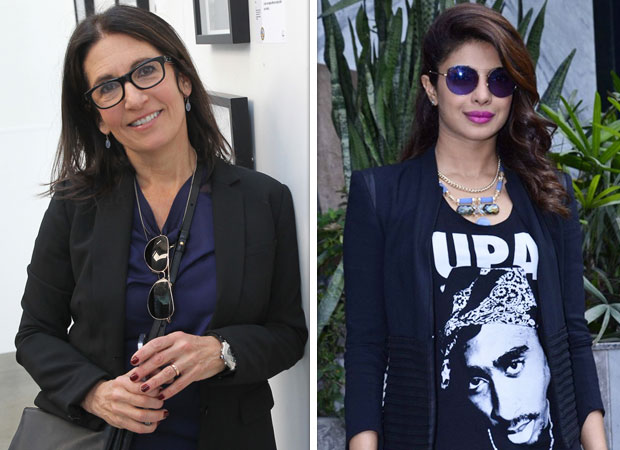 Hosted in Mumbai on the 12th & 13th of April 2019 at Dome and in New Delhi on the 20th of April 2019 at NSIC Okhla, India Make Up Show will represent an all-encompassing community building & aggregator platform where industry techniques, trends and innovations will be showcased apart from connecting talent, brands, and consumers. With over 30 brands participating, one can expect names like Namrata Soni Hair & Makeup Academy, Pearl Academy, Christine Valmy Academy, to name a few.

The iconic makeup artist, author, former editor and brand founder launched her brand at Bergdorf Goodman in 1991 and sold it to Estee Lauder just a few years later, in 1995. She made a name for herself with products that suited a wide variety of skin tones as well as products that were made to look more like real skin, lip colour and cheeks than actual makeup. Brown has authored nine books about makeup and beauty that made it to the New York Times Bestseller list apart from working her magic at international fashion weeks for over 3 decades. Considered as one of the top 10 makeup artists and beauty experts in the world, she has worked with some of the biggest names from the industry including Michelle Obama, Oprah Winfrey, Katie Holmes, the Sex And The City cast, Jessica Alba, Claudia Schiffer, Naomi Campbell. It is her laser focus on timeless makeup products for every woman, every day that has made the Bobbi Brown brand a household name, and has made Brown herself a beauty icon. She turned a successful job as a make-up artist into a smash hit, multimillion-dollar global business, selling award-winning cosmetics in more than 50 countries.

Bobbi Brown states, “India is so rich, and beautiful. I have wanted to come to India for a long time. The people, the history, the culture, and of course the food is something I’m looking forward to experiment with. I am open to experiencing all that India has to offer. Visually, the makeup worn by women in the country scales from the over the top, to traditional, to a cleaner, more modern look. Most importantly, is everyone looks so beautiful. Priyanka Chopra is someone I would definitely like work with when in India. She is one of the most beautiful women on the planet, and seems very down to earth and cool”

Rahul Tuljapurkar of India Make Up Show elaborates, “Today there is a lack of a single platform for HMU practitioners to showcase their skill and passion. Due to the unorganised nature of the industry, there is no networking base for the talent, customer & brands in the industry to forge strategic partnerships efficiently & seamlessly. India Make Up Show was built primarily to move beyond the existing B2B formats and embrace B2C as model. This event aims to be one of the largest pro-make-up events in India and bring together individuals from all over the country. Our attendees can learn techniques from industry veterans, mingle with peers, and shop their favourite brands.”

Adding on Ninad Shah of India Make Up Show states, “The Indian cosmetic industry is growing exponentially and is becoming increasingly prevalent and important. We have invested close to INR 20 crores for the maiden edition and will invest a further 150% over the next 3 years. We aim to capitalise on 30%-45% of the market share through content creation and sharing.”

Entry pricing at INR 299/- to INR 499/-. The international masterclass is priced starting at INR 15,000 to INR 75,000/-. The early bird passes have a 30% discount. Apart from all things cosmetically indulgent, attendees can also look forward to programmed live performances and curated culinary experiences from the best in the country.

As part of a prelude to the main showcase, India’s first talent hunt for hair stylists and makeup artists called Vanity Wars will be hosted which will give aspiring professionals a chance to compete at a national level. The entire competition involves two main phases, the first one being executed on India Make-Up Show’s digital & web platforms followed by the other to be held at the main event. Each winner will be gratified & rewarded with a free year-long course from Pearl Academy, a cash prize of INR 50,000/, a hair/makeup kit as applicable and a chance to intern with an industry stalwart for a month.

ALSO READ: Nick Jonas reveals about that one special moment with Priyanka Chopra which made it all REAL for him!

Producers Association to decide future of…