Last Updated 30.11.2021 | 11:07 AM IST
feedback language
follow us on
Bollywood Hungama » News » Bollywood News » Panipat: “It was a wonderful experience to play such a strong and fierce character”, shares Sanjay Dutt

Ever since the makers of Panipat released the first look of Sanjay Dutt it broke the internet. The fans went crazy and they have loved the superstar's look. Sanjay is essaying the role of Ahmad Shah Abdali, which is a very strong character. 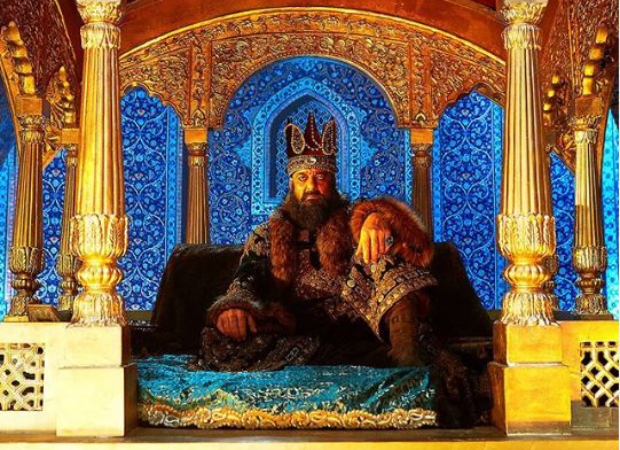 Opening up about the character the superstar took to his social media and shared, "It was a wonderful experience to play such a strong and fierce character in #Panipat. See you all in the cinema on 6th Dec."

It was a wonderful experience to play such a strong & fierce character in #Panipat. See you all in the cinemas on 6th Dec.

In the picture, Sanjay Dutt dons the Royal Afghani look and has a majestic aura. As soon as the superstar shared the picture the fans went gaga over it.

Sanjay Dutt's character as Kancha Cheena in Agneepath was appreciated from across all quarters and the actor's marvelous performance has touched our hearts a million times. Sanjay Dutt with his first release of 2019 Kalank has mesmerized everyone with his performance being strong and impactful and for his fans, it is a series of period drama that will be following.

Over the years, Sanjay Dutt has treated the audience with characters that have gone ahead to resonate and strike a chord with the viewers. He is known to have a power-packed screen presence, the actor hosts a number of strong characters in his diverse repertoire as an actor.

With multiple films lined up, Sanjay Dutt is one of the busiest actors in the business. Big budgeted films like Shamshera, Panipat, Bhuj: The Pride of India, Prasthanam, Sadak 2 amongst others make a list of his upcoming films.