Kangana Ranaut is someone who is upfront about her views - on social, national or on the film industry. The actress has always openly voiced her opinions. Just a day ago, Kangana Ranaut called out actors like Ranveer Singh, Alia Bhatt, Ranbir Kapoor for their apolitical stand on the national issues. When asked whether the actors should have a political opinion, John Abraham said that they must voice their views if they are fully aware of the political situation. 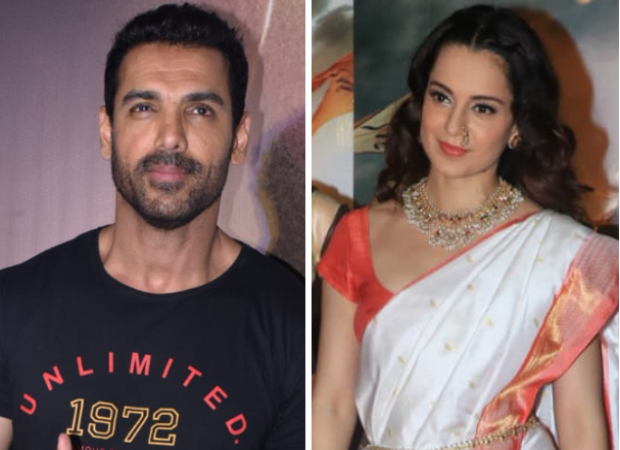 John Abraham launched the trailer of his upcoming espionage thriller Romeo Akbar Walter (RAW). It was released this morning on the occasion of Maha Shivaratri. During a conversation with the media, John Abraham was asked whether the actors are obliged to take a political stand.  He said, "Yes, if they are politically aware. Kangana is very politically aware and she has got a voice. I think you must take a stand if you are politically aware. But you shouldn't be stupidly talented. You can't be an idiot, who knows nothing about which country lies where. If you don't know what's happening from Bihar to Syria, then you should shut up and smile and show your mug that you have done so much work on. Don't talk."

John Abraham further said that whoever worked on the film knew what was happening in the country. "We have shot in Kashmir for the film and we know about the grassroots problems there. When you know a situation, you can make a statement. But again, making a statement at the right time is important. It shouldn't be for the effect. The statement shouldn't be made to trend. I am not in the business of trending. I don't want to trend."