K-pop’s 4th generation ‘It’ boys TOMORROW X TOGETHER released their long-awaited second studio album 'The Chaos Chapter: FREEZE' on May 31, 2021, with accompanying music video for the title track '0X1=LOVE SONG (I Know I Love You)' featuring Seori. Now, the group is set to release a remix version of the song with Korean Hip Hop artists pH-1, and Woodie Gochild. 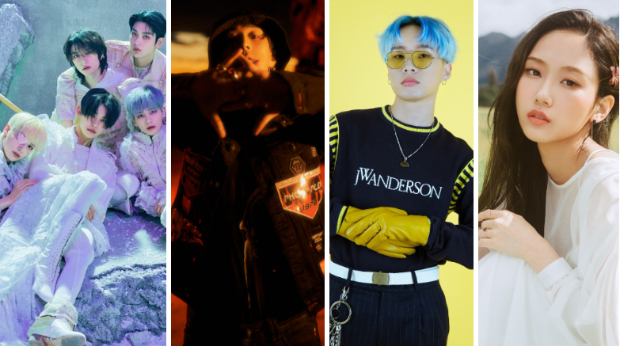 TXT to release remix version of ‘0X1=LOVESONG (I Know I Love You)’ featuring pH-1, Woodie Gochild, Seori on June 25

The unequivocal declaration of a boy’s ﬁrst love takes musical form in TOMORROW X TOGETHER’s title track: '0X1=LOVESONG (I Know I Love You)' feat. Seori (read “zero by one lovesong”). The trendy Hybrid pop-rock song expresses a boy’s certainty in the love he feels for ‘you,’ who came to him in a world of chaos. The title uses numbers to visually represent that in this world of zero, ‘you’ are my one and only. The song is the collaborative effort between producers of HYBE’s labels Slow Rabbit and “hitman” bang, American singer-songwriter and Rock Hip hop artist Mod Sun and No Love For The Middle Child as songwriters.

Known as the king of collaborations, pH-1 is a South Korean rapper under the label H1ghr Music whose music is all about truth, positivity, and experience. Woodie Gochild also is under the same label as one of the distinctive rappers in the South Korean Hip Hop industry. Seori is a South Korean singer under ATISPAUS agency. She began her career as a cover artist on YouTube and made her official on May 13, 2020, with the mini-album '?depacse ohw'.

Coming back to TXT, the group released a sci-fi music video for the B-side English track 'Magic'. The group charted their fourth entry into the Billboard 200 with The Chaos Chapter: FREEZE which makes its debut on the chart at No.5.