"'Cause imagination / In that sky / The orange-glowing magic / Before it comes to an end / 'Cause imagination / In that moment / Can you feel the rush? Can you feel thе rush? / Freeze this moment" - says the South Korean group Tomorrow X Together in their song 'Blue Hour' from their latest EP 'minisode 1: Blue Hour'. It arrived in October 2020, at a time when everyone needed an escape from the trauma that struck the world with Covid-19. The songs from the EP served as a glimpse into the world of quintet and how they tried to cope with life in isolation. The grim feeling of uneasiness, loss was similar around the world, and we all wanted to freeze the moment of all the good times we have had. It was a moment when it felt that TXT was stepping into new era of their lives via their music. 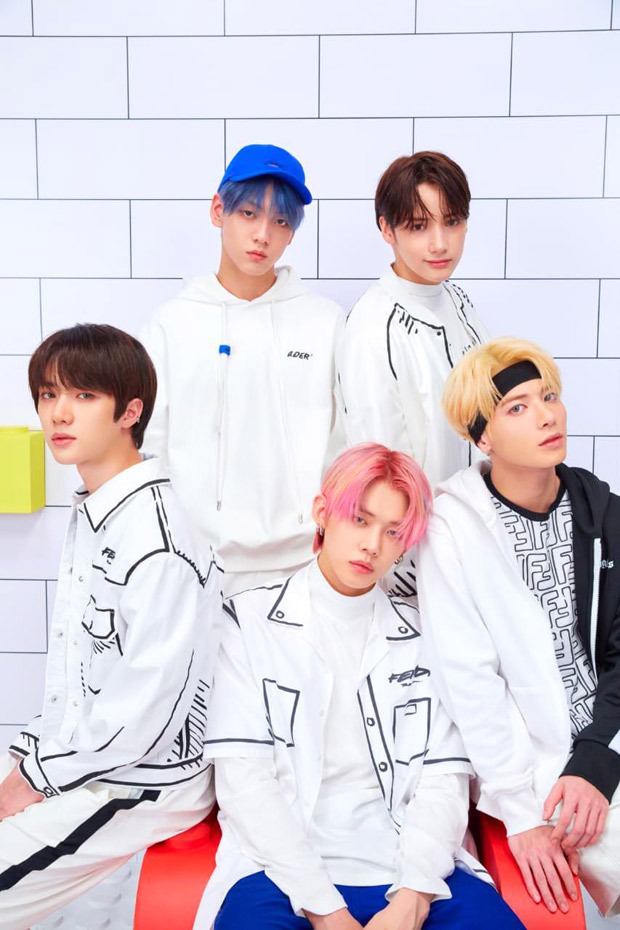 Back in January 2019, the first series of introductory videos of Big Hit Entertainment’s next group Tomorrow X Together, (also known as TXT) were released. It served as a glimpse into the new universe of the next generation group coming six years after the debut of the, Grammy-nominated popstars, BTS. All eyes were on what Big Hit Entertainment had to offer, next! Now, two years down the line, with several chart-topping albums, a discography so impactful and lofty list of awards & achievements, they have become the 'IT' group of 4th generation K-pop.

Tomorrow X Together comprises of Choi Soobin (20), Choi Yeonjun (21), Choi Beomgyu (19), Kang Taehyun (19), Huening Kai (18). The group's name stands for “different people coming together under one dream in hopes of building a better tomorrow.” Their fandom is called MOA (Moments Of Alwaysness). Marking their two year journey, TXT held an in-person fanmeet 'Shine Together' to interact with fans and it was livestreamed around the world, virtually. Over the last two years, they've mastered the art of power-packed stage presence. The keenness to learn more, exploring, producing and composing along with writing their own songs and more - the hunger to better themselves continues in the musicians.

After their debut on March 4, 2019, the group managed to leave an impact with not just their music but also on Billboard’s Emerging Artists chart. The EP became "the highest charting debut album by an all-male K-pop group on the Billboard 200", according to Billboard. With their last EP 'minisode 1: Blue Hour', TXT broke their personal record with the album entering the Billboard 200 chart at No. 25.

Since their debut in March 2019, the quintet has built a captivating narrative of their musical universe and their journey through magic, fantasy while telling the stories of five boys, their growing years, coming to terms with themselves, navigating together in public eye and more! Through their fantasy world and magical adventures in their trilogy albums 'The Dream Chapter', TXT has explored the transition from childhood to adolescence, facing the hardships, while encapsulating the emotions of hope and healing through their music.

There's been no looking back for TXT. Last two years have been transformative for the group. They've built their own fan-base through their stories brimming with relatability and emphasis on 'dreaming'. You see five young boys trying to carve their journey - they are confident, determined and their strength lies in the fact that they are motivated to do better with each comeback.

Tomorrow X Together spoke to Bollywood Hungama on completing two years as a group, about their whirlwind journey, their meaningful music and how this pandemic affected them. 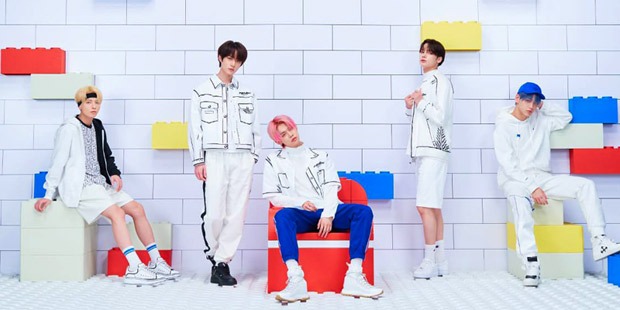 Firstly, before we kick off the interview, how have you been doing guys?
SOOBIN: I’ve been playing the piano, gaming, and watching TV shows.

YEONJUN: I’m into movies and TV series these days.

I watched the MOA Academy and it was pretty cute that you all decided to share these moments with fans. Since, Beomgyu, Taehyun and Huening Kai recently graduated from High School, it must have been a great moment to share it with each other, families and friends, right?
BEOMGYU: It was great. I spent time with the members, looking through old school photos and talking about our school days.

TAEHYUN: I had a blast in junior high. I still keep in touch with my teachers and friends from back then.

HUENINGKAI: My family messaged me to say congratulations! It was a bummer that we couldn’t get together for the graduation ceremony, but the virtual one was an interesting experience.

Two years of TXT – from strong rookies to chart-toppers on Billboard – it’s been quite a journey. What’s it been like performing together for the past two years with each other and what have you learnt from the process of making music to being in public eye?
YEONJUN: It’s been quite tough last year, in particular, because of the COVID-19 pandemic but thinking of the time we spent with our fans gives me a lot of joy and happiness. And when I think about all these memories with MOA, it motivates me to be even more sincere and genuine with our music.

Since the beginning, your strength has been your strong stage presence and unique storytelling through each album. What makes it special is from ‘The Dream Chapter: Star’ to ‘minisode 1: Blue Hour’, TXT continues to create more resonating stories to reach out to the youth. Was there a defining moment you realized that your music was reaching out to so many and they were connecting with your stories?
TAEHYUN: Whenever we see the great love people are showing to our music and we are told that our songs and performances have brightened someone’s day and given them energy, those moments are defining moments when we can feel the connection and empathy people have been building with our stories. So, we want to sincerely thank our fans for the massive support they have been showing us. Thank you, MOA!

‘The Dream Chapter: Star’s' title track ‘Crown’, was such an interesting, foot-tapping debut. It served as an introduction to the next era of Big Hit Entertainment artists. There was a lot of anticipation since you were debuting right after global popstars BTS. I remember the album release day and your broadcast when some of you were emotional to see your hard work finally been out. Do you remember the days leading up to the debut day, what it was like to shoot a music video for the first time and what each of you was feeling?
SOOBIN: I remember each and every moment, including the days of hard work leading up to our debut. We grew up watching music videos on YouTube, so it felt surreal that we had filmed and released one ourselves. We had done only covers previously, so I felt a sense of pride that we finally had our own song and choreography. It made me incredibly happy.

Then came the era of ‘The Dream Chapter: Magic’ and let’s be honest – first comeback is always so special since now there are fans waiting to witness what would you bring to the table. With ‘9 and Three Quarters (Run Away)’, you nailed it. Talking about magical adventures, setting ‘New Rules’, finding your inner ‘Angel Or Devil’ and growing up in limelight which seems like a ‘rollercoaster’ – what did the second album (first full length) mean to you personally since it was a step further in showing your real self?
HUENINGKAI: It’s a very special album indeed. The album contains stories of our adventures and expresses our sense of freedom - I think it’s part of the reason why it has resonated with so many people everywhere. We’re very thankful for the love and support it has received from fans all over the world. Thank you, MOA!

Closing ‘The Dream Chapter’ with ‘Eternity’, I would say it was a more vulnerable piece of work from TXT. ‘Can’t You See Me’ was one beautiful music video, ‘PUMA’ was fierce but I was absolutely stunned by the creative storytelling in ‘Eternally’. It was so heartbreaking to listen to album but watching the music videos were a journey in itself. What was it like creating this masterpiece of an album in which you all participated in production and writing too?
BEOMGYU: There is always a theme when I work with music. I try to channel that theme, which concurrently helps me to reflect upon myself. It also makes the story we tell much more personal. It was an overall fun process and great learning experience. Working for 'The Dream Chapter: ETERNITY' was no exception.

I was so surprised when ‘minisode 1: Blue Hour’ dropped because it was like a drastic change from the previous EP. But, to be fair, it is what the audience needed – some sort of assurance and healing. While ‘Blue Hour’ was whimsical, ‘We Lost The Summer’ was heartbreaking – it was TXT’s story of 2020 and how they powered through the COVID-19. Can you tell me why it was important to share your experience on this record?
BEOMGYU: We thought about what kind of stories we could deliver through our music. Eventually, we decided we wanted to center our new album on a theme that was very relevant to all people. We wanted to make music many could relate to so that anyone who listens to our music can think of it as their own story and feel comforted.

Were there any specific songs, throughout your two-year journey, you most connected with the most or it represents you?
SOOBIN: I would say ‘Fairy of Shampoo.’ The song and choreography suit me well.

YEONJUN: ‘PUMA,’ because it highlights the strengths I have.

TAEHYUN: ‘Blue Orangeade’ - the narrative of the song is about different personalities coming together to create synergy, which is an accurate reflection of us as TOMORROW X TOGETHER.

HUENINGKAI: I’ll choose 'Crown.’ I think the theme of growing pains and the overall flow of the song match me well.

In the last two years – I have also witnessed some of the award show performances where you’ve given ode to the some of the legends including SHINee ('Replay', 'Sherlock') BTS ('Boy In Luv', 'Dynamite') TVXQ ('Hug') and more. Have you seen the response online since fans have appreciated all your effort?
SOOBIN: They’re fantastic songs and we worked very hard on our performances for them. We’re extremely grateful for the positive responses from many people. They really drive us forward and motivate us to deliver even better performances in the future.

Since it’s been two years of TXT – if you’d like to give an advice to your trainee self, what would that be?
TAEHYUN: I would tell myself to give full measure to what I do.

Is TXT working on comeback? If so, what can we expect this time?
YEONJUN: We can’t say exactly when yet, but we’re excited. We’ll be returning with more great music and performances this year. So be on the watch.

Lastly, if the situation gets better, would TXT want to visit India someday? Also, do you have a message for MOAs who’ve been waiting for you to perform here?
HUENINGKAI: We haven’t had the pleasure of visiting yet, so if the opportunity arises, we’d love to! Please stay safe until then. And thank you for showing us so much love. We love you, MOA!