Ranveer Singh is on a roll and how! He has given a smashing performance in Zoya Akhtar’s Gully Boy and now he is prepping for the ambitious Kapil Dev biopic. Ranveer has already impressed us with his huge range of on screen roles so far and now, ’83 will add another feather in his cap. Ranveer is already spending almost two hours every day to get his batting and bowling right and his coach, Balvinder Singh Sandhu, member of India’s 1983 winning cricket team, has all the awesome things to say about him. He calls Ranveer a natural and says that his bowling and batting technique is bang on but right now they are working on making him more like Kapil and less like himself. Kabir Khan shoots from March onwards and Ranveer will have a session with Kail Dev himself. The entire team will have a bonding session in Dharamshala. From May 15 onwards, they will start shooting in London and Scotland. 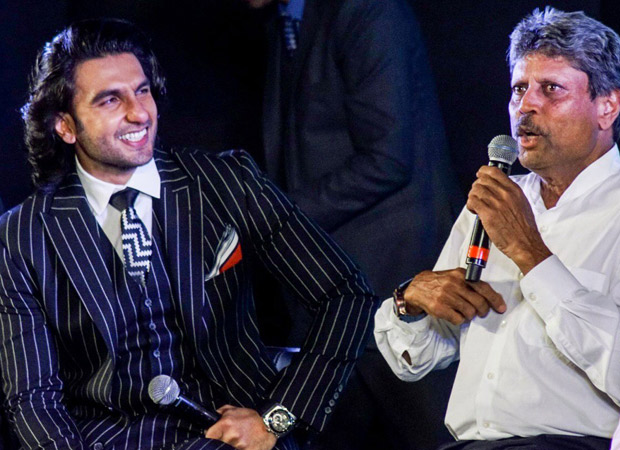 Ranveer was seen last at the Gully Boy screening where he was beaming for the shutterbugs with his new wife. They looked genuinely happy together. Deepika could not stop but grin ear to ear after watching his performance in the movie.

After ’83, he has Takht which is helmed by Karan Johar and stars Alia Bhatt, Vicky Kaushal, Janhvi Kapoor, Kareena Kapoor Khan and Bhumi Pednekar in lead roles.

Also Read: Arjun Kapoor gets Ranveer Singh to reveal how Deepika Padukone has changed him