Ranveer Singh enjoys a massive stardom which has only increased with his recent releases. But his promotional tactics for his upcoming venture Gully Boy went horribly wrong, leaving many pissed and miffed. Ranveer, who has started being a part of public concerts as a promotional strategy for his next in which he plays a rapper, recently decided to spring into a performance at the ongoing Lakme Fashion Week. But it went disastrously wrong when people in the audience got hurt and he received flak for the same on social media. However, Ranveer Singh has gone ahead and apologized for it. 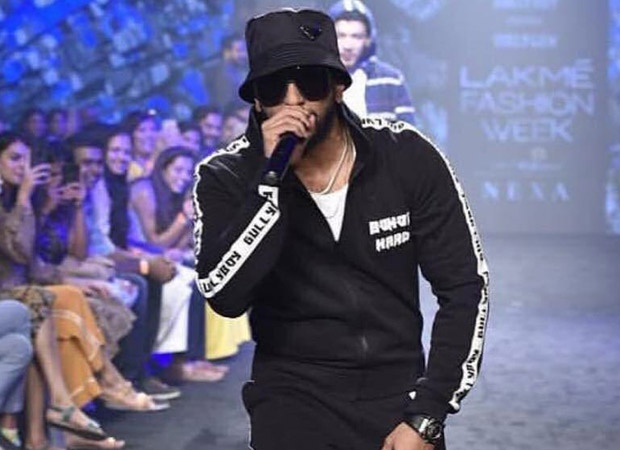 Readers may be aware that during the song launch held at Byculla, South Mumbai, Ranveer Singh jumped into the crowd and his fans into tizzy. Something similar was repeated by him during the LFW and that’s when some of people who were a part of the crowd ended up getting hurt in all the chaos. While the Byculla one turned out to be a successful one, this one received a lot of backlash on Twitter, as fans went on to call out Ranveer Singh for his alleged amateurish behaviour.

Comments like 'Grow Up Ranveer Singh' etc. started doing the rounds and one of the considerate fans of the actor decided to make the Gen Y star aware of this conversation on social media. He apparently DM'ed (directly messaged) Ranveer on Twitter regarding the ongoing slamming that happened on Twitter, followed by which Ranveer Singh apologized to all his fans on the same platform. He said, “I will be mindful henceforth. Thank you for your love and concern.” The said fan shared the screenshot of Ranveer's reply on his Twitter handle.

So i sent Ranveer some DM's about the negative reactions to the crowd dive and what he said at the music launch, and he replied back with this message, he acknowledges what happend and wat he did and he said he will be mindful in the future. Thankyou for the reply Ranveer ❤️ pic.twitter.com/VAzBtqstRp

Speaking of Gully Boy, inspired by the street rappers in Mumbai, the film is directed by Zoya Akhtar and stars Alia Bhatt, Kalki Koechlin in lead roles. The film is slated to release on February 14.