Kangana Ranaut, during the bash of Manikarnika: The Queen of Jhansi, which was held way back in March, had slammed Ranbir Kapoor after the actor refrained from making any political comments. Now, two months later, the Sanju star has decided to come in the forefront and speak about how people can talk about whatever they want. In recent reports, Ranbir made some comments about how he tries to answer most of the questions directed towards him. Even though he didn’t take any names, reports have been abuzz stating that the actor may have directed these comments towards Kangana’s statement. 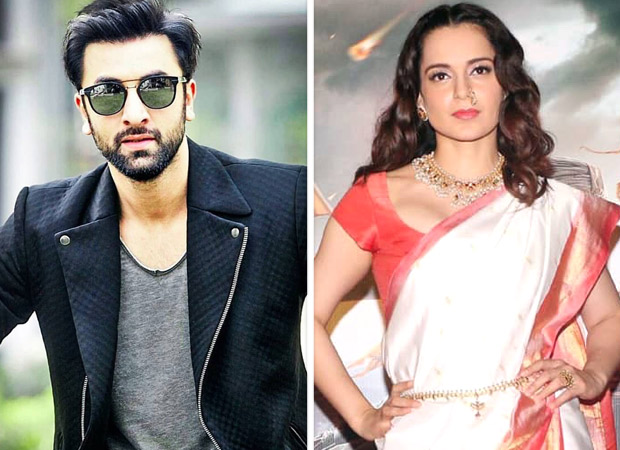 In recent reports, Ranbir Kapoor made a statement wherein he spoke about how he answers most of the questions that he has been asked. He maintained that he tries to respond to them but he is not interested in answering them and then getting into any kind of controversies. He further added that people can talk about him and say whatever they like but he surely has belief in himself and knows who he is and what he has to say!

Recalling Kangana’s statement, the Manikarnika actress had slammed Ranbir Kapoor for being selfish and privileged. Kangana Ranaut said, “I heard Ranbir Kapoor telling somebody that I get electricity and water at home then why should I talk about politics. It is because of this country that he has a house and a Mercedes that one can travel luxuriously. How can you talk like that? We work for the film industry then how can we talk about politics? This kind of attitude is irresponsible.” While Ranbir didn’t react to any of those comments, his recent statement is expected to be a response to the same.

On the other hand, Kangana Ranaut and her sister Rangoli Chandel have lashed out on Ranbir’s beau Alia Bhatt on more than one occasion too!

Also Read: Manikarnika – Kangana Ranaut SLAMS Ranbir Kapoor and others in this video but it is the expression of Ankita Lokhande smiling awkwardly that is going viral!