Last Updated 03.06.2020 | 6:25 PM IST
feedback language
follow us on
Home » News » Bollywood Features News » Bollywood News Manikarnika – Kangana Ranaut SLAMS Ranbir Kapoor and others in this video but it is the expression of Ankita Lokhande smiling awkwardly that is going viral!

Well it seems that during the success celebrations of Manikarnika – The Queen of Jhansi, once again Kangana Ranaut was in a mood to call out celebrities. After lambasting at Hrithik Roshan and Karan Johar, Kangana Ranaut slammed Ranbir Kapoor and likes for staying silent over the current political situation in the country and for refraining from speaking about it. 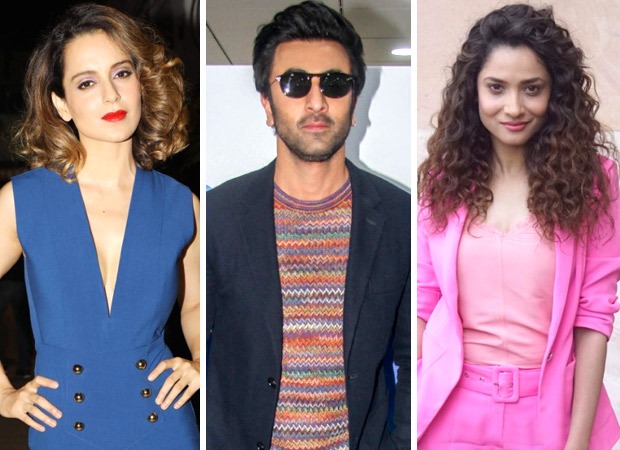 The video of the same that was shared on social media has now gone viral. The actress didn’t target only Ranbir in the comment but many other A-listers who often refrain from commenting about politics. In her further statement, Kangana said, “Mujhe sabke saath banake rakhna hai” [I need to have good relations with everyone],” is the reason why celebrities prefer to stay silent and don’t take a political stand.