Kartik Aaryan, Bhumi Pednekar and Ananya Panday starrer Pati Patni Aur Woh's trailer has received its fair share of mixed reactions. Some have liked it whereas some found the marital rape dialogue too insensitive and immediately called out the actors and makers on it. The actors and makers went ahead to apologise for hurting the sentiments and revealed that they have removed the bit from the film. 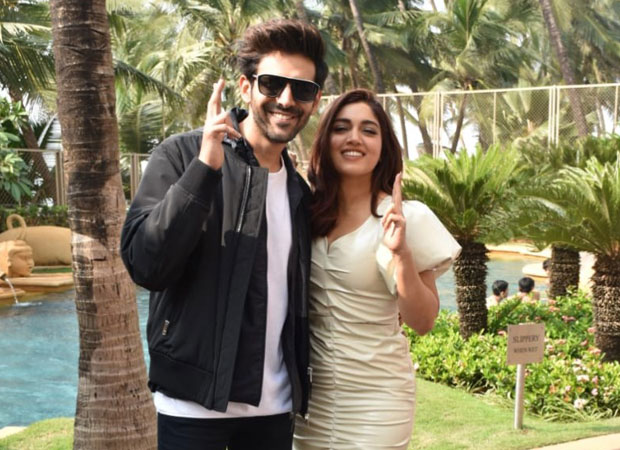 Asked about the controversy, Kartik Aaryan said they removed it immediately after the backlash. He said, "When the trailer came, we realised that we shouldn't hurt anyone and should remove it immediately. Usually, this doesn't happen in films. We took responsibility because it might have come across as something that wasn't our intention. We realized we shouldn't use that word (rape) at all so we have rectified it and made changes because we don't want to hurt people's sentiments."

"We didn't realize it when we were doing it. We had shown it to a lot of people, but no one had pointed it out. We didn't want to hurt anyone's sentiments. This isn't the topic of our film nor was this our intention," he added.

Bhumi Pednekar too said that it was a lapse of judgement and they rectified it. "See, honestly, I don't know what is the right way to put it but this was the lack of judgement. I've said this time and again that this film is empowering to both the genders. The idea was never to hurt anybody's sentiments. Nobody attached to the film belongs to the school of thought that we will a part of anything sexist. Especially, the line of work that I've done, I've always gone out there and done everything possible to empower my gender. So, it was a lapse of judgment, we've gone ahead and apologized and rectified it," Bhumi Pednekar said.
"When you make a film, it comes with a great responsibility. I really need to applaud the makers because they could have easily said 'No! This is only twitterati that is giving us so much backlash. We will keep this in our film because the masses like it. These things work.' But, they didn't do that. They thought this is doesn't work in favour of the film's messaging. Of course, you add a lot of things for humour. We don't have to intellectualize everything but sometimes you have to draw a line somewhere. And if you cross the line then you should have the guts to rectify. That's why a big applaud to the makers of the film," she added.
Directed by Mudassar Aziz, Pati Patni Aur Woh is set to release on December 6, 2019.