Kangana Ranaut is in the news again and for the wrong reasons. The actress has a knack to get trapped in controversies and the latest news on her front is that her co-actor Sonu Sood left her ambitious project Manikarnika: The Queen Of Jhansi due to unresolvable differences between them. Now, we have another EXCLUSIVE from the sets of Manikarnika and it might excite all fans of Kangana! Well, sources close to this project have informed us that Kangana is set to shoot a GRAND song sequence with Ankita Lokhande and the makers have kept the estimate of Rs. 2 or 3 crores! The song will be choreographed by Ganesh Acharya, and will be shot in the next 10 days. Now won’t it be super amazing to see Kangy and Ankita as dancing warrior princesses? 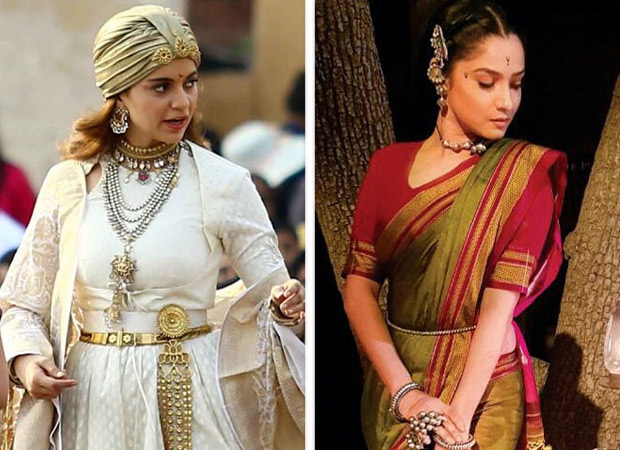 For those who don’t know, Ankita is playing the role of the ‘other Jhansi Ki Rani’ Jhalkari Bai. According to the legend, she (in the garb of Queen Manikarnika) bravely took on the British. Her tales of valour are famous across Jhansi. She and Laxmibai were called kindred souls as both were equally brave and patriotic. Ankita’s character is engaged to a soldier from Rani’s infantry and that is how she meets Laxmibai. According to the original story, the two met on Gauri Pooja function and Rani spotted spunk in her and immediately trained her in the refined art of war craft. She then became Rani’s trusted lieutenant.

The film Manikarnika was also in the news after a picture of a clapboard went viral from the sets. It mentioned Kangana Ranaut’s name as the director of the film. It was later clarified that Kangana in fact was doing patchwork for the scene and the clapboard had her name to avoid confusion.

Also Read: BREAKING: Sonu Sood has a massive face-off with Kangana Ranaut, walks out of Manikarnika