Versatile and prolific Hindi-Tamil-Telugu actor Sonu Sood has staged an angry walk-out of director Krish’s lavish historical epic Manikarnika: The Queen Of Jhansi, all because of the film’s leading lady Kangana Ranaut’s alleged high-handedness and bullying on the sets. 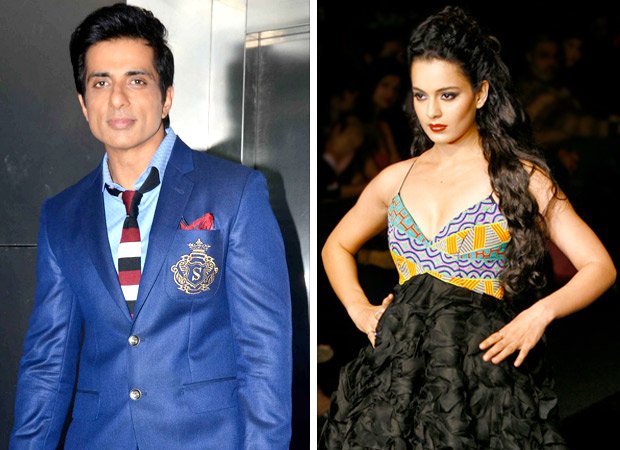 The project is now in the danger of lying incomplete. As reports of Kangana Ranaut taking over the directorial reins of Manikarnika spread like wildfire earlier this week, more and more ugly stories have surfaced from the locations and sets of this multi-million rupee epic.

Apparently, Kangana had showdowns with several members of the cast. But the one showdown that everyone associated with the film is talking about involves actor Sonu Sood. Apparently, when Kangana tried to tell Sood what to do on the sets, Sood, a skilled and experienced actor who has done memorable roles in three Indian languages, retaliated strongly and finally left the film.

Says a very reliable source from the film, “Yes, Sonu has left the film. He is no longer a part of Manikarnika. And he has informed the film’s producers of his decision. He took a lot of crap from a person who feels she knows how to direct a film without any real qualification to do so. But finally, when Kangana Ranaut officially took over the direction, Sonu could take it no more. He quit the film.”

Sonu Sood’s departure from the film puts a massive question mark on the project as he has one of the pivotal parts in the film. Says the source, “When Kangana gradually took over the project she also wanted Sonu Sood’s role to be cut down to size. This was last straw. The normally mild-mannered Sonu just erupted.”

With Sonu Sood’s departure, the question now being asked is, would the producers continue to give in to their leading lady’s demands even at the cost of more actors and technicians?