Deepika Padukone begins shooting for her highly awaited next, Chhapaak today in Delhi and we already have our hands on the first look of her as the acid attack survivor. Boy, we are inspired looking at her transformation for the film. She looks brave, beautiful and total inspiring in her bearing as a character Malti, modeled on the real life character Laxmi Agarwal. The movie is being directed by the Raazi fame filmmaker Meghna Gulzar and DP is turning a co-producer for the first time with this film. Here is a real life story of a woman who fought her attacker and all odds to emerge victorious, setting an example to all women undergoing abuse at large. DP’s last film was Padmaavat where she played a queen who’s physical beauty was unparalleled. Here, she is playing a woman whose inner beauty and exemplary courage set a perfect example for masses. Not to mention, her look bears an uncanny resemblance to Laxmi Agarwal. 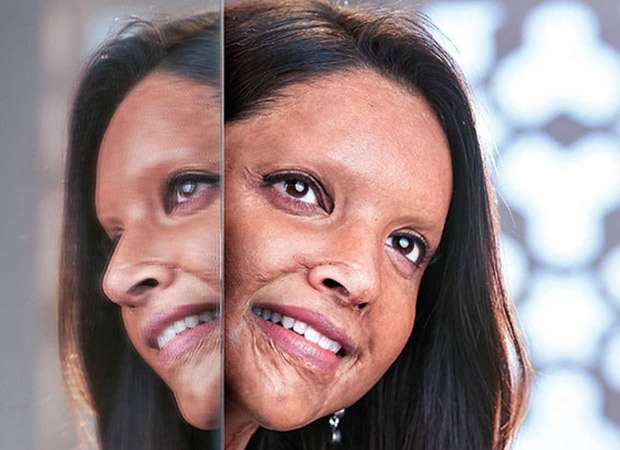 Deepika’s brave departure from her original look for the film is being appreciated by her fans and critics online and we can’t wait to see the film! Vikrant Massey has been roped in to play her partner who supports her through thick and thin. Meghna and Deepika have come together for the first time for Chhapaak. This film is also special because DP has signed this project after over a year. She is at a great high with Padmaavat being such a huge success. With Chhapaak, it is just going to get bigger and better for her.

.@deepikapadukone's transformation for her maiden production #Chhapaak is nothing short of spectacular (courtesy: @bombaytimes)

Deepika who got married about four months ago to Ranveer Singh revealed how she plans to balance her married life with her film career recently.