Irrfan Khan is back and with a bang. After getting treated for his ailment broad he is back to the Bay and is all set to roll and how! Irrfan will be seen very soon in the Hindi Medium sequel titled very aptly, English Medium. The plot of the story is revealed by the makers and it involves Irrfan Khan’s on screen daughter going to the United States to study further. The film depicts the struggles of diaspora population after going abroad for studying. The film has Pia going abroad and the problems she faces while living with the other students whose first language is English. Again a very interesting and a relatable concept. Another highlight of this film is that the movie will be directed by Homi Adajania and NOT Saket Chaudhary who helmed the first part. It will be interesting to see how Homi adds his own sensibilities to this story. The shoot details of the movie are yet to be out but going by the looks of it, the film will roll soon. 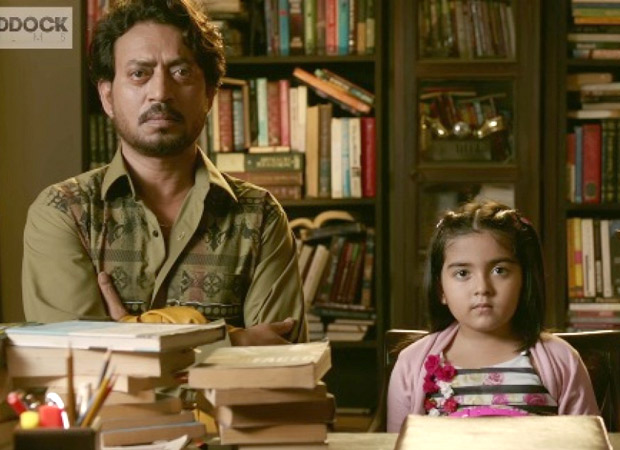 Another important point is that Irrfan’s wife will no longer be played by Saba Qamar, as there is a ban on working with Pakistani actors. So, the makers are on a hunt for a leading lady opposite Irrfan. Hindi Medium which released in 2017 was what catapulted Irrfan to sudden success. Unfortunately just as a sequel was announced, he was diagnosed with neuroendocrine tumour and had to leave for the states for treatment.

He was also supposed to work on Vishal Bhardwaj’s gangster drama which had Deepika Padukone in lead role but the movie was indefinitely postponed because of his deadly ailment. Now, we hope the makers revive the project soon.