Housefull 4 has been creating a buzz on social media since its quirky posters were released and along with it, the trailer release dates were announced for the 27th of September 2019. The cherry on top is that it will be simultaneously projected in not one or two but four different countries, something that has never been done before. 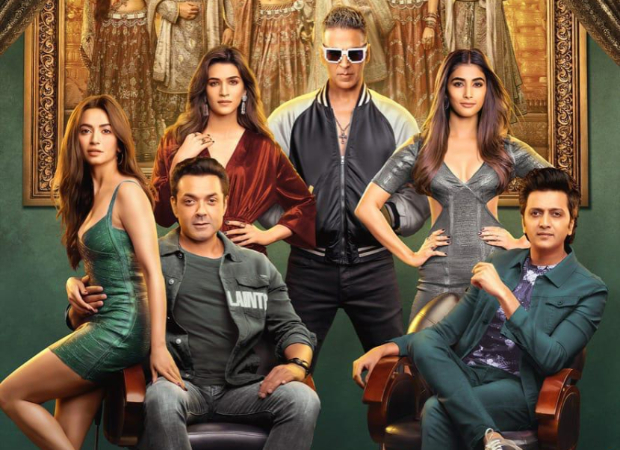 The excitement among fans is extremely high as the trailer of the most-awaited comedy franchises next iteration is about to drop. Housefull 4 is a multi-period drama where we will see the cast in their present lives which will be the reincarnation of their lives from over 600 years ago.
The comedy of errors stars Akshay Kumar, Riteish Deshmukh, Bobby Deol, Kriti Sanon, Pooja Hegde and Kriti Kharbanda in double roles.

ALSO READ: Housefull 4: Akshay Kumar would spend two and a half hours daily to transform into his bald look