Akshay Kumar is all set for return with the comedy flick Housefull 4. The family entertainer will bring back the original and some of the new cast members and first glimpses were shared on Wednesday by the lead actors. 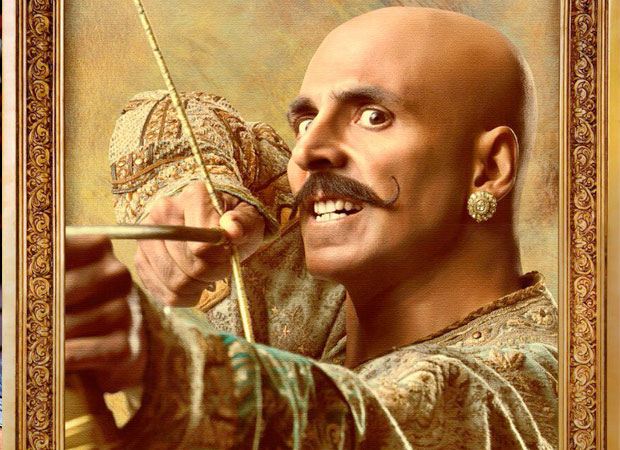 Akshay Kumar, on Wednesday, shared the first look of this reincarnation comedy in which he is set to portray two roles in two different timelines. In 1419, he will be seen as a ruler Rajkumar Bala and in 2019, he plays a barber named Harry based in London. He captioned the first posters as, "Miliye 1419 ke Rajkumar Bala aur 2019 ke London return Harry se! Witness how they embark upon this journey of ultimate chaos, confusion and madness in the #Housefull4 Trailer. Out on 27th September. #SajidNadiadwala @farhad_samji @WardaNadiadwala @foxstarhindi @NGEMovies."

For transforming into Bala, it would require Akshay Kumar to sit through two and a half hours daily into the prosthetics sessions. Since his role is of a ruler, several looks were taken into consideration before they went ahead with the bald look. 3D models were designed for the characters before the looks were finalized. National Award-winning makeup, hair and prosthetic expert Preetisheel Singh, who creates Alauddin Khilji's look in Padmaavat, designed his look and said that it was challenging since he had to absolutely look bald in a way one can't even see five o'clock shadow.

The costumes for the period section were designed by Rimple and Harpreet Narula who also worked on Padmaavat like Preetisheel. While two schedules of the period portion were shot in Jaisalmer and Mumbai, Sajid Nadiadwala was keen on getting authentic looks for the 1416 era. So, he hired a team with prior experience to create looks for the cast.