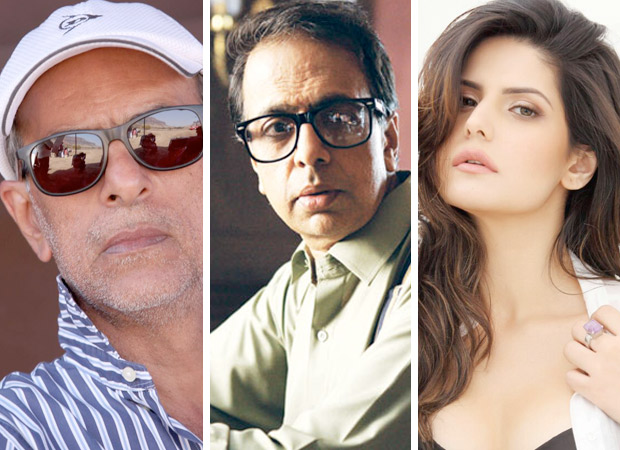 It certainly seems like the making of yet another Bollywood controversy of he said she said, with the producers and director of the recently released film Aksar 2 going head to head with the lead actress of the film Zareen Khan. While the latter went ahead and promoted the film across the country, Zareen recently levelled allegations against the makers of the film for apparently over committing her time. On the other hand, the makers of the film went ahead and issued a statement terming the actress as an unprofessional individual. However, the matter seems to be far from over.

After Zareen Khan’s latest allegation that the makers of Aksar 2 kept making changes to the film’s script while shoot along with costume changes and addition, coupled with a claim that the producers of Aksar 2 had ill managed the promotional campaign in Delhi, both Narendra Bajaj the producer of the film and Ananth Mahadevan the director of Aksar 2 have lashed out at Zareen. Categorically talking about each point made by Zareen Khan, Narendra Bajaj went on to refute each allegation made by the actress saying, “Firstly let me clarify I am the producer of the said film and there is no need to point fingers at others ... Secondly, Zareen was kept in the loop for everything and a bound script was given to her and nothing since has changed.”

Further talking about the constant changes in the costumes for the film and the whole incident in Delhi, Bajaj adds, “About the clothes, she (Zareen Khan) tried everything in Mumbai before we left for the schedule in Mauritius and all the clothes were Okayed by her. So I don't understand her comments on the same. As for the Delhi itenary, the same was given to Zareen’s talent company two days in advance so I don't know how she can say we over committed her”.

Later commenting on the third allegation that Zareen Khan has levelled against the producers of Aksar 2, which stated that the makers of the film made changes in the script of the film while the shoot was on essentially making the film into an erotic thriller, Bajaj says, “Regarding vulgarity we don't come from that school and everything was done in consent of the actor and in the boundaries of the censor board. We are a reputed film production house and have been in the industry for over 30 years having worked with the top names in the industry. Our reputation in the industry is known by all and we do not want to debate on anything or anyone doing whatever... for reasons best known to them.”

Joining Narendra Bajaj, while also explaining his surprise, the director of Aksar 2, Ananth Mahadevan made it clear that the actress was provided with a bound script and that there was no addition to the same while shooting. “I work with a final edited-on-paper script that was given to all actors, hence it comes as an amusing surprise that there are allegations of confusion, extra shots etc. Every shot was explained during rehearsals and Zareen could not have had more clarity, as we worked hard on her performance”, adds Ananth Mahadevan.

While the battle still rages on, we wonder what Zareen Khan has to say about this.

Zareen Khan set to make her TV debut with…