The untimely death of Sushant Singh Rajput has left everyone with a lot of questions. The Central Bureau of Investigation (CBI) has arrived in Mumbai to conduct the investigation after the Supreme Court gave a go-ahead. In the meanwhile, another update has revealed about Rhea Chakraborty reportedly left Sushant’s residence on June 8 and even messaged filmmaker Mahesh Bhatt. 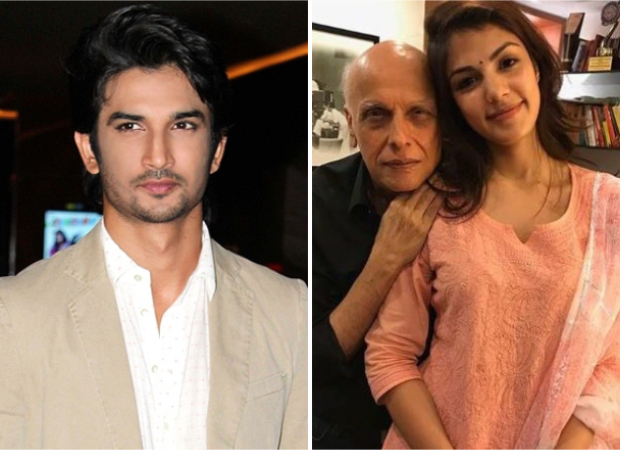 As per India Today, they acquired screenshots of the Whatsapp chats between Bhatt and Rhea after she reportedly left Sushant’s house indicating that they had broken up. She wrote in the chat, “Aisha moves on..sir..with a heavy heart and sense of relief. Our last call was a wake up call. You are my angel You were then And you are now."

Rhea Chakraborty played Aisha in the film Jalebi which was produced by Mahesh Bhatt. As per the report, Bhatt responded by saying, "Dont look back. Make it possible what is inevitable. My love to your father. He will be a happy man."

Rhea further wrote, “Have found some courage, and what you said about my dad tht day on the phone pushed me to be strong for him. He sends you love and thanks you for always being so special."

To this, Mahesh Bhatt responded, "You are my child. I feel light". Rhea then replied to Bhatt, "Aaaah no words sir. The best emotions i feel i feel for u" to which Bhatt said, "Thank u for being brave."

During the conversation, Rhea said, "You’ve again unclipped my wings, twice in one life is almost God like.”