Last Updated 04.02.2023 | 12:34 AM IST
feedback language
follow us on
Bollywood Hungama » News » Bollywood News » Sunny Deol, Jackie Shroff, Sanjay Dutt and Mithun Chakraborty come together for an action entertainer and it feels like the 90s all over again

Known for their quintessential commercial Bollywood films, Sunny Deol and Jackie Shroff are currently seen only in limited projects. While the latter recently had PhoneBhoot in which he played the antagonist, Sunny Deol was last seen this year in Chup – Revenge of an Artist, which featured him in the role of a cop. On the other hand, along with them was Sanjay Dutt, who gave one of the biggest hits this year with KGF Chapter 2. The actor also played an antagonist in the Ranbir Kapoor, Vaani Kapoor starrer Shamshera. Now, we hear that these three 90s superstars are all set to come together in one film and it will also feature veteran actor Mithun Chakraborty. 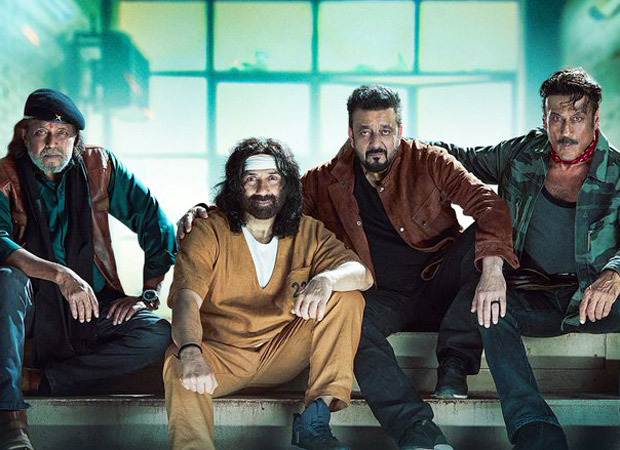 Sunny Deol, Jackie Shroff, Sanjay Dutt and Mithun Chakraborty come together for an action entertainer and it feels like the 90s all over again

Interestingly, the first look of the four stars was posted on social media earlier today. The look of Sanjay Dutt in this picture reminded us of him from his 2000 films like Kaante and Plan whereas Jackie featured in his 90s popular look, where he sported a small scarf tied around his neck. The look had Sunny donning a bearded, long hair look whereas Mithun Chakraborty was seen in a salt-n-pepper look. While the title of the film is kept under wraps, the makers revealed that it will be an action entertainer.

It will be directed by Vivek Chauhan who will be making his Bollywood directorial debut with this film. In the past, Vivek has previously worked as an assistant for shows and even films like Tanu Weds Manu Returns. The film will be produced by Ahmed Khan and Shaira Ahmed Khan in association with Zee Studios.

While it will be interesting to watch the four popular actors together on the big screen, the actors have done quite a bit or projects with each other in the past. Jackie Shroff and Sanjay Dutt featured together in one of the biggest blockbusters of their career, the Subhash Ghai film Khalnayak that featured Madhuri Dixit as the leading lady. Jackie has also starred alongside Sunny Deol in films like Border, Tridev, Dushmani, among others. Sanjay Dutt and Sunny Deol have come together for films like Yodha, Kshatriya, Krodh, among others. Sanjay Dutt and Mithun Chakraborty has featured in films like Luck, Ilaaka, among others.

Also Read: KBC 14: Jackie Shroff opens up about how Suniel Shetty bought tickets for his film to keep it housefull on the show