Sonam Kapoor is all set to get married soon. The grapevine is abuzz with various dates, venues and trousseau deets of this gala event all set to take place within a few weeks’ time, but Bollywood’s raging fashionista never confirmed or denied to these reports. Though she has been going steady with a London based entrepreneur Anand Ahuja for about three years now, there has been no official statement from the Prem Ratan Dhan Payo actress about the same. In fact, she has openly stated on Karan Johar’s show that according to her mother, it is crass to talk about how much one earns or who that person is dating and thereby follows this policy of keeping private life away from the media glare. But just a few minutes ago she took to Instagram to share a video from a personal, romantic chat with her beau Anand Ahuja and STUNNED us! 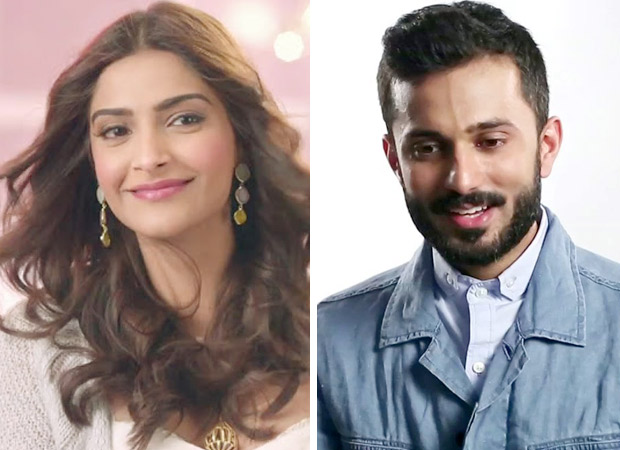 Well, Anand is seen showing a shoe to Sonam and she asks him lovingly if this is his idea of giving flowers or a similar romantic gesture? Anand is seen fanboying over the shoe and telling her how amazing it is and that he has got it has a gift for her! Sonam, seemingly blushing, then admits that the shoe is indeed amazing. Whoa, please note that this is the first time that the Neerja actor has come out publicly about her relationship with Anand. This proves that all the marriage rumours are indeed true! Farah Khan is choreographing the sangeet and Anil Kapoor’s house is abuzz with pre wedding activity.

Aren’t you excited for this big fat Bollywood wedding after Anushka Sharma – Virat Kohli? We sure are. Stay tuned for more gupshup on the Sonam-Anand wedding.

.@sonamkapoor and @anandahuja really make a cute pair and this conversation is a proof. @realbollywoodhungama