Sonam Kapoor is all set to get married as rumours about her impending wedding are flying thick and fast. While we still have to wait for a bit till she gets married, here is a sneak peek at what her shaadi will be like with beau Anand Ahuja. Bollywood’s ace designers Abu Jaani and Sandeep Khosla’s niece got married over the weekend and you won’t believe even the so called non-performers if the industry also danced along to the tunes of all chartbusters. Yeah, you won’t believe Shweta Bachchan Nanda was all groovy and cool and Jaya also entertained with a thumka or two upon coaxed by an overzealous guest at the wedding. 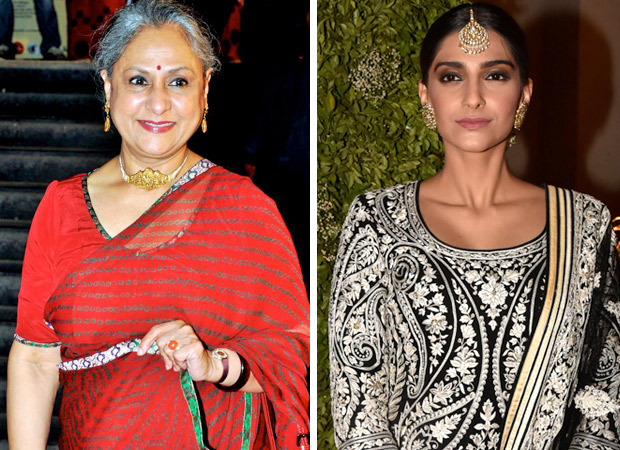 Sonam Kapoor on the other hand danced with Abu Jaani and looked spectacular as she danced along to the tunes for her hit, Prem Ratan Dhan Payo. Karan Johar too unleashed his inner Bollywood diva as he let himself loose on Radha from Student Of The Year. Alia Bhatt would be so proud. Not just him but even Dimple Kapadia was at her graceful best as she grooved along to ‘Jai Jai Shiv Shankar’. Overall, it was such a kickass big fat Indian wedding.

This video of #ShwetaBachchan and #JayaBachchan dancing on 'Pallo Latke' is EVERYTHING #momgoals should be. #saudaminikishaadi @saudamini08 @bachchan

This reminds us that according to reports, rehearsals for Sonam Kapoor’s wedding and sangeet have already kick-started. Oh yes, Farah Khan recently confirmed that she would be choreographing the dance moves for everyone and that would be her wedding gift to the Neerja actor. Consider this wedding as a recce for the gala event of Sonam Kapoor’s shaaadi!