Ever since the pandemic hit, showbiz and the music industry have been hit hard. Virtual meetings, shows, concerts, and interactions have become the new normal. Korean pop groups have resorted to curating grand level online shows for fans around the world since their touring has been postponed. Kicking off 2021 on a high note, popular K-pop group SEVENTEEN will be hosting their online concert later this month. 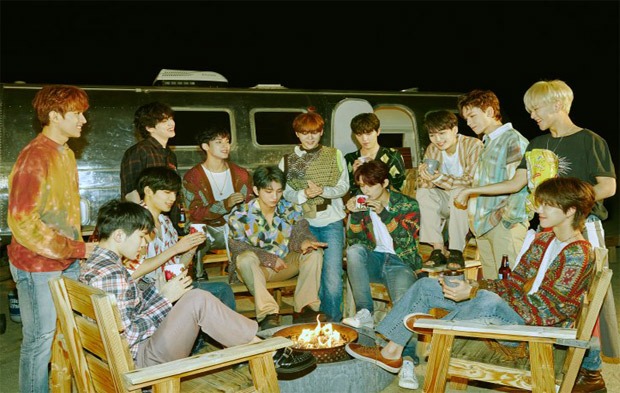 Titled 'IN-COMPLETE', the show will take place at 6 PM KST (2:30 PM IST) on January 23, 2021. The news was confirmed by Pledis Entertainment on the social media platform Weverse. The 13-member-group plans to perform 20 songs through various stages that they have been prepping for. The multi-view broadcast includes one main screen and three concept screens (four total views). The tickets pre-order begins from 4 PM, January 7 KST to 6:59 PM, January 23 (Sat), 2021, KST.

SEVENTEEN has had a phenomenal 2020 with two million-selling albums - 'Heng:garae' that released in June and 'Semicolon' which dropped in October, respectively.

Meanwhile, SEVENTEEN is set to perform their retro-swing track 'Home Run' from their latest EP 'Semicolon' on the American talk show, The Late Late Show with James Corden on Wednesday, January 6, 2021.

ALSO READ: SEVENTEEN and NCT take precautionary COVID-19 tests after someone came in contact with a positive case