One of the highly anticipated films of the year is Rajkumar Hirani's upcoming directorial starring Ranbir Kapoor as Sanjay Dutt in the latter’s biopic. Being one of the most awaited film, the teaser is set to hit the Internet and TV screens this afternoon. With the increasing excitement amongst the industry, fans and others, the insiders claim the film will easily push the envelope of biopics in Bollywood. As the director is feeling the jitters, Rajkumar Hirani opened up to a leading daily on why Dutt biopic was his next project, what was the titles he had discarded and why Ranbir Kapoor was the perfect fit. 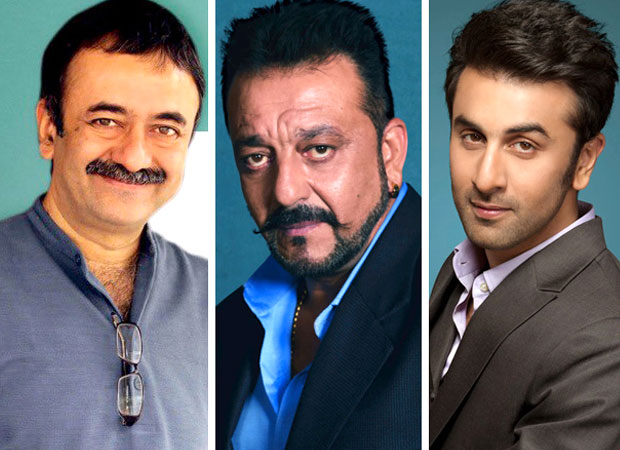 Till now, Rajkumar Hirani has not revealed the title for the upcoming biopic. While there have been speculations around the same, Hirani revealed what all the titles that came to being which were later discarded. When Hirani had told Sanjay Dutt about the film, he had clearly stated they would not want to glorify him but will tell the story as it all happened. They worked on many titles including Aisa Hi Hoon or Sarphira. But, whatever they worked on, it felt like either they were attacking the actor or glorifying him. They wanted something that went with the story and was neutral. During the conversation, Hirani revealed that Nargis Dutt, Sanjay's late mother, and veteran actress, would call him 'Sanju'. They thought this was the most neutral title without any preconceived notions.

But wait! Did Hirani just reveal the title of the film? Till now, the director has not mentioned any title but during the interview, he talked about several titles but ended up calling it 'Sanju'. Not, just that, filmmaker Subhash Ghai recently referred to the biopic as Sanju only.

In a Twitter post recently, Subhash Ghai praised Rajkumar Hirani and his upcoming film. He wrote, "‪I can’t stop praising the teaser of film #Sanju directed by my favourite director @RajkumarHirani and acted by @RanbirKapoorFC in a biopic of @SanjayDutt_ what HIRANI showed me yesterday @Whistling_Woods @5thVeda cultural hub before he shared his personal n professional experiences with students at amazing interactive session."

Produced by Vinod Chopra Films and Rajkumar Hirani Films in association with Fox star studios. Dutt Biopic is all set to be released on 29th June 2018.