Casting Couch is a menace in Bollywood that many actresses have voiced their displeasure towards. Recently, veteran choreographer Saroj Khan spoke up against the existence of the same. However, her statement seems to have attracted attention since she was seen defending the same during a press meet. At the same time, she compared it to rape. 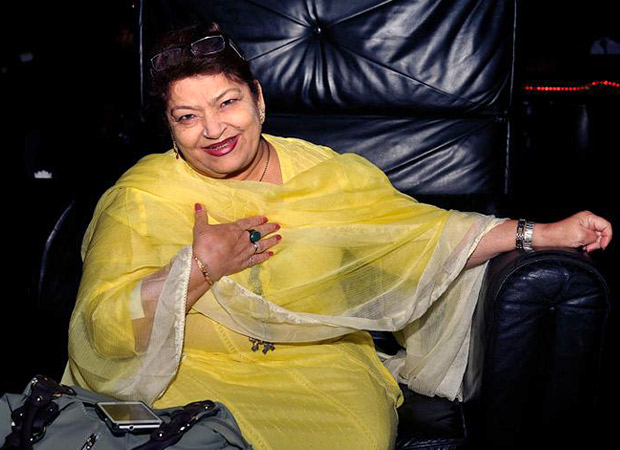 After the Kathua and Unnao case, Indian citizens have started a movement against rape and the punishment for it is an ongoing subject of debate. When the much respected Saroj Khan was questioned about crimes against women in Bollywood, she was also questioned about the much talked about casting couch. While many actresses have voiced out against it, Saroj Khan stated that it depends on the girl who agrees to do it and how despite it being a sexual favour, it at least provides bread and butter to many.

One of the well-known media publications posted her quote on social media. Her statement read, “Yeh chala aa raha hai Baba azam ke zamaane se. Har ladki ke upar koi na koi haath saaf karne ki koshish karta hai. Govt ke log bhi karte hain. Tum film industry ke peeche kyun pade ho? Woh kam se kam roti toh deti hai. Rape karke chhod toh nahi deti.” [It has been happening since ages now. Everyone tries to take advantage of every girl and it happens even within the government (bodies). Why are you all behind the film industry? At least, that (casting couch) gives you bread and butter. Not like rape, where a woman is left to fend and fight for herself]

Furthermore, she also went on to add, “Yeh ladki ke upar hai ki tum kya karna chahti ho. Tum uske haath mein nahi aana chahti ho toh nahi aaogi. Tumhare paas art hai toh tum kyun bechoge apne aap ko? Film industry ko kuch mat kehna, woh humaara mai-baap hai” [It’s upon the girl and what she wants to do. If you are not ready for it (casting couch), you won’t do it. If you have the art and talent, then why would you sell yourself? Don’t say anything to the film industry; it is our bread and butter]

This is the second time this year when Saroj Khan’s name has cropped up in a controversy. The choreographer recently expressed her displeasure over remaking popular Bollywood chartbusters. One of her choreographed songs, ‘Ek Do Teen’ was recently remade for Baaghi 2 and Saroj was quite open over her disappointment on the latest version of the 90s track.

Taapsee Pannu says she was shocked to hear…