When Sridevi passed away suddenly many upheavals happened, one of the smaller ones being the casting of Karan Johar’s Abhishek Varman directed Shiddat, now rechristened with a much less inspiring title Kalank. After Sridevi’s departure, Madhuri Dixit--always considered the departed Diva’s closest rival-- stepped in. But there was a hitch. Sanjay Dutt who was to co-star with Sridevi confessed he felt “uncomfortable” with the idea of working with Madhuri Dixit. 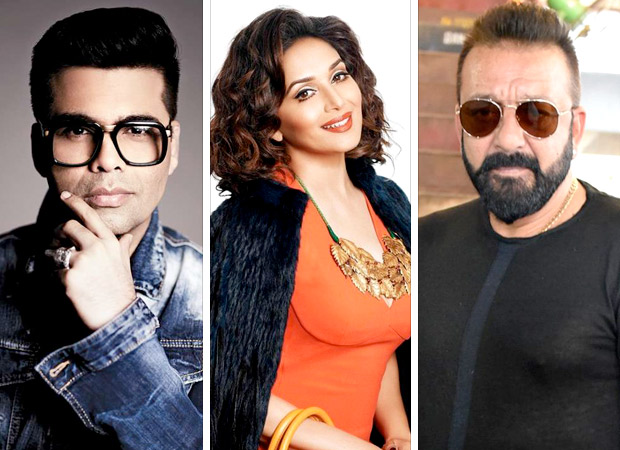 The two had parted bitterly when Dutt was jailed for allaged terrorism in 1983. Producer Karan Johar faced a dilemma: either get Madhuri on board or ask Dutt to leave. But before push came to shove, Karan Johar sat Sanjay Dutt down for a heart-to-heart since Dixit very clearly said she had no problems working with “anyone”.

Says a source close to Dharma Productions, “Karan reminded Dutt that whatever had happened between Dixit and Dutt was in the past, that they are now happily married and with children. Let the past bury itself.”

Dutt apparently heard Johar out and finally relented. Kalank will show the couple in a mature relationship. “Their track is being done with utmost discretion. No one will be allowed to feel uncomfortable,” says the source.

Also Read: Madhuri Dixit in, Sanjay Dutt out of Shiddat?