Keeping its strategy of riding with national and regional youth icons, Prega News, India’s No.1 pregnancy detection card from the house of Mankind Pharma, has roped in southern actress Kajal Aggarwal as its official regional brand ambassador. The collaboration with the actor will help to strengthen Prega News reach among the region’s large and widespread audience. 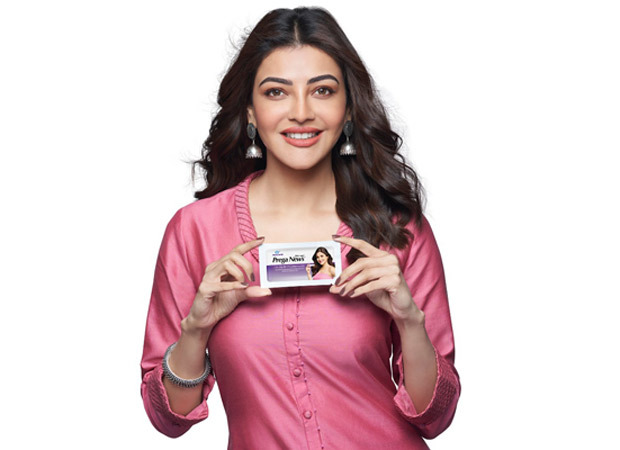 Kajal is quite a popular, dynamic and versatile actor not only known in Telugu, Tamil, Kannada, and other regional markets, but holds prominence in Bollywood also. Kajal is the heartthrob of Indian cinema and has a massive fan following across pan-India. She is known for portraying roles in popular regional movies like Sita, Magadheera, Brindavanam along with Bollywood films such as Special 26 and Singham, which were a hit among the audience.

The objective behind the association is that Kajal will play an integral role in intensifying the brand’s reach in the southern Indian market, in addition to promoting the brand at a pan-national level also. As part of the association, the brand will soon launch a 360- degree campaign which will be led by television, print, and digital platforms.

Having Kajal on the board, Joy Chatterjee, General Manager- Sales & Marketing, Mankind Pharma said, “We are excited to have Kajal with us as her presence across southern markets will help us in connecting with more and more women, and will also help in building the awareness of the product. The reason behind this partnership is that Kajal is someone to whom young moms can relate easily. Hence, we would like to leverage it and reach out to the expectant mother and be a part of their happiness in their motherhood journey.”

Kajal Aggarwal said, “It is very heart-warming to be a part of Prega News family. The brand gives good news in a few mins and is known for its accurate results. Indeed, it has become a preferred choice for expecting mothers. This is an extremely valuable association for me, and I look forward to a meaningful partnership with the brand.”