In Dhoom 3, Katrina Kaif barely had a song and a few dialogues. She had admitted she did the role to get a chance to work with Aamir Khan since she had already worked repeatedly with the other two Khan superstars. 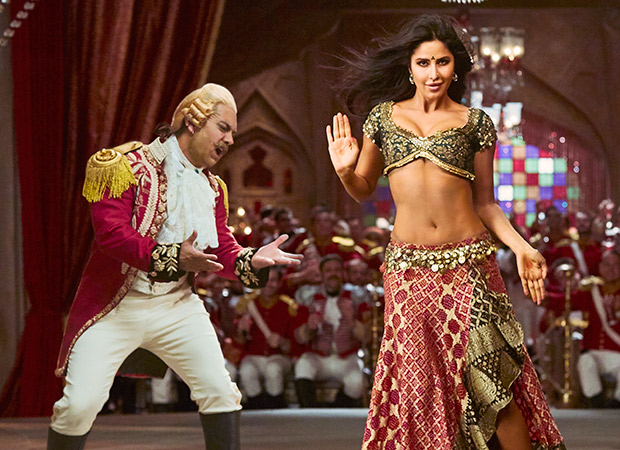 Apparently, Aamir and his director Vijay Krishna Acharya had made Katrina a promise that she would be given a far more substantial role in their next film together. It looks like promises are made to be broken in our entertainment industry. In the just-released Thugs Of Hindustan, the Aamir - Acharya team has again been very unfair to Katrina, reducing her to a dancing prop with barely a mouthful of dialogues. The other leading lady Fatima Sana Shaikh has much more elaborate role.

Says a source in the know, “In fact, Katrina’s role was meant to be a guest appearance. They wanted two sizzling item songs from her, and that’s it. But then, they decided to use Katrina to promote Thugs Of Hindustan alongside Amitabh Bachchan, Aamir and Fatima. Considering her closeness to the Yash Raj banner and her determination to be in the good books of the movers and shakers (read: Aamir Khan) Katrina was seen promoting the film. A wrong move and one that misled Katrina’s fans.”

Tragically, even her next release Aanand L Rai’s Zero, has her in a cameo. The film is an out-and-out Anushka Sharma - Shah Rukh Khan vehicle. Katrina comes in for a while and breezes out.

“But she will leave a lasting impression,” promises Rai.

The question now being asked by people who care for her career is, why is Katrina Kaif allowing herself to be relegated to a secondary position? Says a well-informed source, “The big banners are either ignoring Katrina or taking her for granted. After the flopping of her last four films as a leading lady (Phantom, Fitoor, Baar Baar Dekho, Jagga Jasoos) the only major actor who supported her was Salman Khan. She was his only leading in Tiger Zinda Hai. In Bharat too, Katrina has a major role. But all her other forthcoming releases feature her in secondary parts.”