Last week, a controversy of sorts unexpectedly got stirred when Salman Khan spoke about the exit of Priyanka Chopra Jonas from Bharat. The superstar was asked about it and the replacement by Katrina Kaif in almost all his interviews. And knowing Salman, the actor had some interesting responses, albeit in his own style. In one of them, he stated that while actresses would leave their husbands for a role in a film like Bharat, Priyanka instead chose marital bliss. His comments didn’t go down well with many and soon it created uproar of sorts. Now, his co-star Katrina has come out in support of Khan. 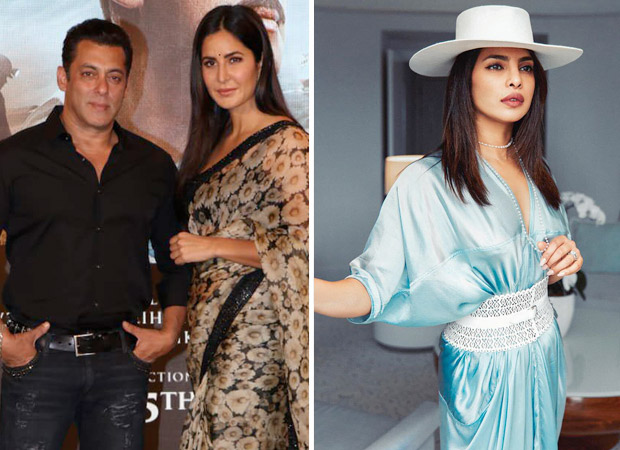 We all know that celebrities like singer Sona Mohapatra called out Salman Khan for making comments on why Priyanka Chopra Jonas chose to get married to Nick Jonas instead of featuring in Bharat. However, Katrina Kaif in recent reports, assured everyone that her co-actor Salman Khan doesn’t mean anything when he makes such comments. She reinstated that he never means something like that and that people should take his responses and comments with a bucket of salt. She clarified that the superstar often says things only for effect and he doesn’t actually mean them! She also asserted that everyone around her and him are already aware of Salman’s nature and that not everything that he says needs to be taken seriously.

It is a known fact that Priyanka Chopra had already come on board for Bharat! However, a couple of days before the film went on floor, the actress quit the film fueling up rumours of her marriage with Nick Jonas. The actress tied the knot with the American singer in December last year. After her exit, the makers including Ali Abbas Zafar unanimously agreed on having Katrina Kaif on board, who replaced PC as Kumud Raina aka Madam Sir in the film.

Coming to Bharat, the film will release on June 5 marking the occasion of Eid.