There’s no doubt Priyanka Chopra and Nick Jonas are making waves with their whirlwind romance. The two stars from different industries have been dating for over two months. From their first appearance in May 2018 to romantic trips and family outings, they have become the hot new couple of the tinsel town. From date nights to vacation trips, they have done it all in style without worrying about what the society has to say. While Nick Jonas has had past relationships with older women, this would definitely be the first time Priyanka is dating someone much younger to her. While many love them together, PC has been receiving a lot of backlash for dating someone who is ten years younger than her. But, that isn't stopping the actress from flaunting her love for her beau. Now, the reports also claim that the couple is already engaged. 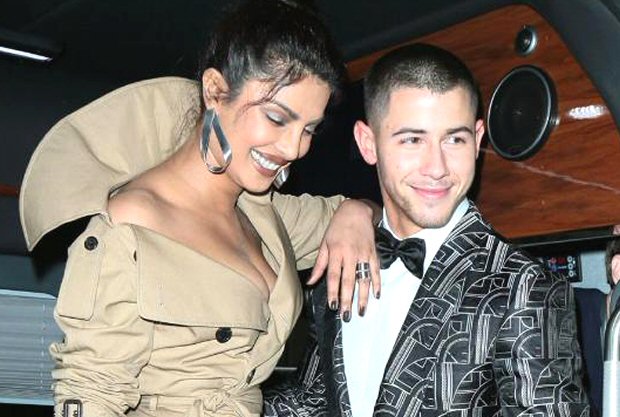 According to international leading website E! News, Priyanka Chopra and Nick Jonas are the newly engaged couple and ready to take the next step in their relationship after two months of dating. The report also states that earlier this month, Nick Jonas was out and about in London and had shut down the Tiffany & Co. store to check out diamond engagement rings. Nick and Priyanka join the several celebrities including Justin Bieber - Hailey Baldwin and Ariana Grande - Pete Davidson, who decided to get engaged only a few months after dating.

They were first reportedly spotted on a date night at the Beauty and the Beast Live in Concert at the Hollywood Bowl in Los Angeles on May 25. The next day, Priyanka Chopra and Nick Jonas watched the Los Angeles Dodgers baseball game and there was a video to prove that they came together. The following weekend, which was the Memorial Day weekend, the duo was spotted on a yacht with many of Nick’s close friends including Wilmer Valderrama, Glen Powell, and Chord Overstreet. Since then, they have been spotted on numerous dates in Los Angeles and New York.

Meanwhile, on the work front, Priyanka Chopra recently wrapped up Hollywood flick Isn’t It Romantic alongside Adam Devine, Rebel Wilson and Liam Hemsworth. The film is scheduled for Valentine’s Day release next year. She is also starring in Shonali Bose’s The Sky Is Pink.