Earlier this month, it was confirmed that Priyanka Chopra and Farhan Akhtar will come together for Shonali Bose’s next venture, tentatively titled The Sky Is Pink. This will be their second project after Dil Dhadakne Do in which Farhan played the role of Priyanka’s love interest. Dangal and Secret Superstar fame Zaira Wasim will be sharing a screen space with them who will essay the role of their daughter. The duo has begun prep for her next film and the film is said to go on floors in August. As the film is yet to go floors, the makers have shared a glimpse of what one can expect from the upcoming drama. 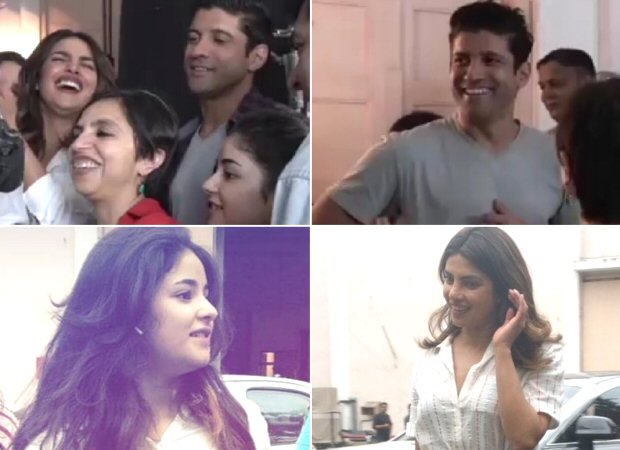 The Roy Kapur Films shared a video from earlier this week when the cast and crew came together to begin the prep sessions. Priyanka Chopra, Farhan Akhtar and Zaira Wasim looked pretty stoked as look tests began. The video showcases them arriving at a studio in Mumbai for the several tests before the film goes on floor. The makers also revealed that film, based on the book The Sky Is Pink, is yet untitled. As of now, it is called as "RKF Productions No 1".

Shonali Bose had last directed the critically acclaimed film Margarita with a Straw which starred Kalki Koechlin in the lead.

Produced by Roy Kapur Films and RSVP, the yet untiled film is set to go on floors in August.