It is the era of remakes, and director-actor duo David Dhawan and Varun Dhawan are reuniting for another reboot. The father-son, after Judwaa 2, will be coming together for Coolie No 1. The newbie actress Sara Ali Khan will be starring opposite Varun. While it was earlier speculated that Paresh Rawal will essay late actor Kader Khan’s role in the film, it is indeed confirmed that the actor has roped in for the role of Sara's dad, Hoshiyar Chand. 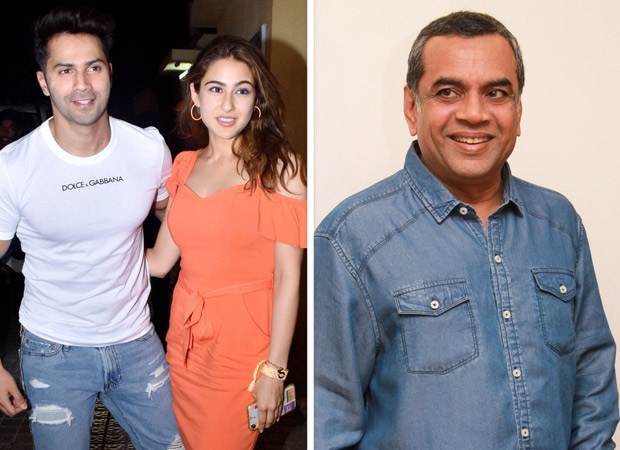 Now, it has been learnt that Coolie No 1 will go on the floor on August 5 in Bangkok. David Dhawan was recently there for the recce. Varun Dhawan, Sara Ali Khan and Paresh Rawal will head to the location for a 20-day schedule along with several cast members from the ensemble. Post that, they will begin another big schedule in Goa. While Kader Khan's role was more of an orthodox father, Paresh Rawal's character has been improvised and tweaked according to the modern day. The storyline will remain the same but the script has been tweaked.

The original film Coolie No 1 revolved around the story of a father with two daughters who is looking for eligible rich boys to get his daughters married. While Karisma Kapoor's role will be essayed by Sara Ali Khan, the rumours are rife that makers have approached Disha Patani for the role of the second actress.

Coolie No 1, directed by David Dhawan, originally starred Govinda, Karisma Kapoor and late actor Kader Khan. The film featured some of the iconic songs including ‘Husn Hai Suhana’ and ‘Main Toh Raste Se Ja Raha Tha’ which will be recreated in this Varun Dhawan starrer. On Maharashtra Day this year, the actor announced that the film will release on May 1, 2020.