Readers would be aware that Anurag Basu is all set for another multi-starrer just like the 2008 sleeper hit Life In A Metro. While this was touted to be a sequel, it was later dismissed by the makers themselves. This one will feature Abhishek Bachchan, Aditya Roy Kapur, Rajkummar Rao and the Dangal girls, Fatima Sana Shaikh and Sanya Malhotra. Now, yet another name has been added to the star cast and it is none other Vidya Balan. 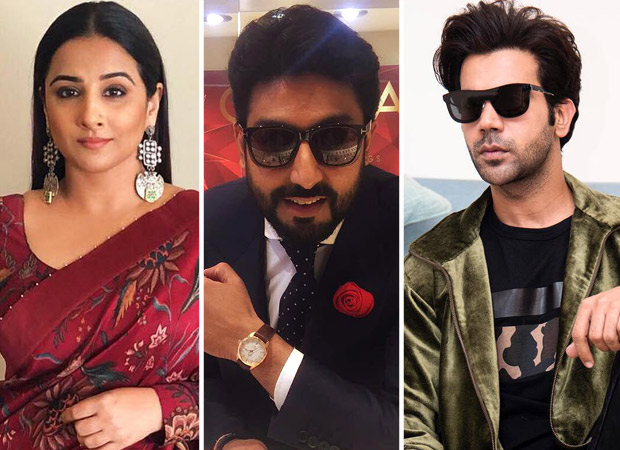 However, let us tell you that Vidya Balan will not be one of the leads but she will be doing a special appearance in the Anurag Basu film. Details of her character are currently under wraps. A source close to the actress said, “Vidya is keen on doing this film even though she knows it is a small role. But she has liked her part so much that she didn’t care the screen time etc. When she was approached for it, she immediately decided to do the part.” The source refused to give out any more details on the same.

It is being said that the film will tell the stories of different people just like Life In A Metro, which was an anthology of sorts but was interconnected. While we do not many details on the plotline, it was being said that the film will have Fatima Sana Shaikh paired alongside Rajkummar Rao and Sanya Malhotra will be paired alongside Aditya Roy Kapur. The film is said to be currently under production and it is slated to release on February 21, next year.

On the other hand, Vidya Balan too is quite busy with her work commitments. While she has already started shooting for the multi starrer space drama Mission Mangal, the actress will also play the protagonist in the biopic on Shakuntala Devi who was known as the human computer.