One of the breakout stars of Aamir Khan starrer Dangal was Zaira Wasim. The actress was amazing from the word go and even went on to bag her first leading role in Aamir’s production, Secret Superstar. While the fans have been eagerly waiting for her next release, the young actress has revealed that she is quitting the film industry as it interfered with her faith and religion. This past weekend, in a lengthy post, the Kashmiri-born star revealed that she has realized that she does not belong here while she may fit in perfectly. 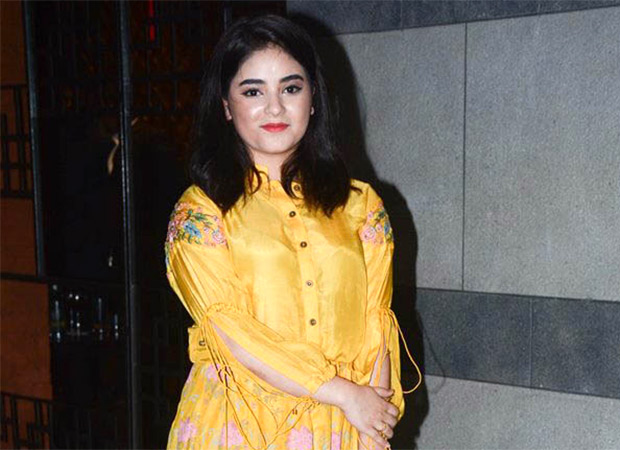 "Five years ago, I made a decision that changed my life forever. As I stepped my foot in Bollywood, it opened doors of massive popularity for me. I started to become the prime candidate of public attention, I was projected as the gospel of the idea of success and was often identified as a role model for the youth. However, that's never something that I set out to do or become, especially with regards to my ideas of success and failure, which I had just started to explore and understand," Zaira Wasim wrote in the post.

She further wrote, "As I complete 5 years today, I want to confess that I am not truly happy with this identity i.e my line of work. For a very long time now it has felt like I have struggled to become someone else. As I had just started to explore and make sense of the things to which I dedicated my time, efforts and emotions and tried to grab hold of a new lifestyle, it was only for me to realise that though I may fit here perfectly, I do not belong here. This field indeed brought a lot of love, support, and applause my way, but what it also did was to lead me to a path of ignorance, as I silently and unconsciously transitioned out of imaan.”

“While I continued to work in an environment that consistently interfered with my imaan, my relationship with my religion was threatened. As I continued to ignorantly pass through while I kept trying to convince myself that what I was doing is okay and isn’t really affecting me, I lost all the Barakah from my life. Barakat is word whose meaning isn't just confined to happiness, quantity or blessing, it also focuses on the idea of stability, which is something I struggled with extensively,” she added.

Elaborating more on it, she said that she found peace in the divine wisdom of Quran, Zaira further wrote that she “began to heavily rely upon Allah’s mercy for my help and guidance.”

On the work front, Zaira Wasim will be next seen in The Sky is Pink, which stars Priyanka Chopra and Farhan Akhtar. Directed by Shonali Bose, the film was wrapped up recently and the actress was in attendance for the party.

ALSO READ: The Sky Is Pink: Priyanka Chopra and Zaira Wasim are the new gal pals in B-town