It is known that Christopher Nolan, ace Hollywood director, is currently in Mumbai shooting for his next film, Tenet. The filmmaker is making a mega-starrer featuring Robert Pattinson, Dimple Kapadia and John David Washington among others. The schedule of Mumbai began in Colaba where they were shooting some crucial parts. But, something happened that really shocked everyone. 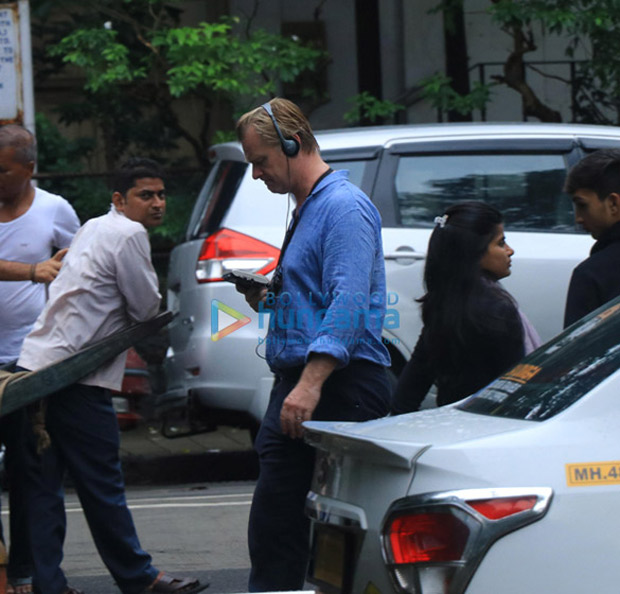 Nolan and his entire team have been shooting in South Bombay for the past two days. On Monday, they were shooting at the Colaba Causeway market which was followed by a shoot at the Royal Bombay Yacht Club. For the evening shoot, around 40 boats were arranged at the Gateway of India. But, opposite the Taj Hotel, a man reportedly attempted suicide by jumping into the water. As per reports, the lifeguards around the place were not able to save the man. Since Tenet had a huge set up nearby, the crew was able to help using the ropes to rescue the man. The reports further claimed that the cops immediately picked up the man and took him in their truck. A crew member of Nolan's team also checked up on the man to see whether he was alright.

Coming back to Tenet, the film stars Robert Pattinson, John David Washington, Elizabeth Debicki, Michael Caine, Kenneth Branagh, and Aaron Taylor-Johnson. The film will be shot across seven countries. And it will be filmed as per Nolan’s preference using IMAX and 70mm film. It will be an action-packed film shot across seven countries. After three day shoot in Grant Road in Mumbai and 10-day schedule, they will move to Estonia.