WE TOLD YOU FIRST! Rajkummar Rao and Janhvi Kapoor are signed in by Dinesh Vijan for his next, Rooh Afza. After the smash hit success of horror comedy Stree, Vijan’s Rooh-Afza is touted to be a spin off on the same genre. We had EXCLUSIVELY reported that the filmmaker was considering Kapoor and Rao to star together in this movie. Janhvi Kapoor is all set and raring to her with career. After being critically appreciated for Karan Johar’s Dhadak, she is currently shooting for the Gunjan Saxena biopic and has signed Rooh-Afza too. Vijan has confirmed this project and has revealed that Janhvi will have a double role in this movie which also stars Fukrey fame Varun Sharma in a supporting role! 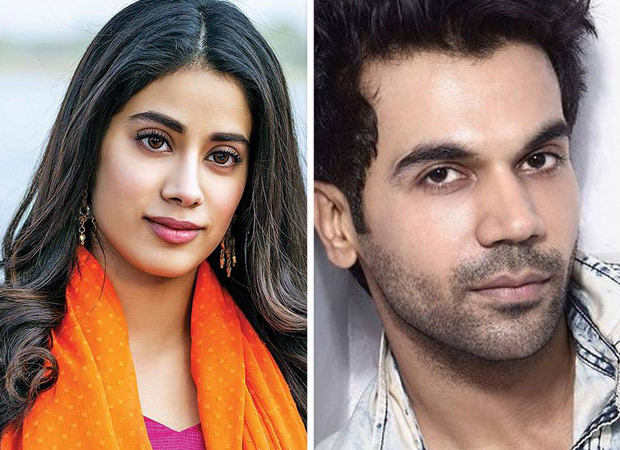 The movie is set in Uttar Pradesh and revolves around fairies, spirits, ghosts attacking grooms on their first nights of nuptials. The concept itself is enough to spark our interest and we can’t help but get curious to know more about this movie. Dinesh Vijan told media that Janhvi will have very two contrasting personalities to essay in the movie and he is confident that she will be able to pull that off with ease. Janhvi’s characters will be named Roohi and Afza and they will both be very opposite to each other.

Dinesh Vijan said, “For Rooh-Afza we needed actors who could jump into their roles with unabashed conviction. Rajkummar and Varun are phenomenal actors, comedy is a space they excel in and own. For the female lead, we needed someone who could portray two contrasting personalities with ease and Janhvi stood out, she really connected with the script. Her talent is still raw, but she is excited about being moulded. The script is young, refreshing and totally crazy, and she is exactly that!”

For a newcomer like Janhvi this sounds challenging and exciting, producer Mrighdeep adds "We took some time to finalize the female lead. Besides being pretty, she needed to oscillate between two characters which are poles apart. You will fall in love with her in one scene and won’t believe she is the same girl in the next one. It's not an easy switch for an actor. It’s the perfect casting"

Rooh Afza will release in March 2020 and we can’t wait! Janhvi is currently taking flying lessons for her Gunjan Saxena biopic and she will work on Rooh-Afza after she wraps this one up. As far as Rajkummar is concerned, he ruled 2018 with Newton and Stree. His last release was Ek Ladki Ko Dekha Toh Aisa Laga. He will be seen in Mental Hai Kya with his Queen co-star Kangana Ranaut next.