Breaking traditions is the norm in this game-changing edition, ‘Bigg Boss’ defies yet another long-established convention of distributing a common batch of rations and groceries to all the contestants. The new rule is that the ration will be distributed in four batches for the occupants of the four separate bedrooms. If the occupants of a particular bedroom fall short of a commodity, they will have to make do without it. 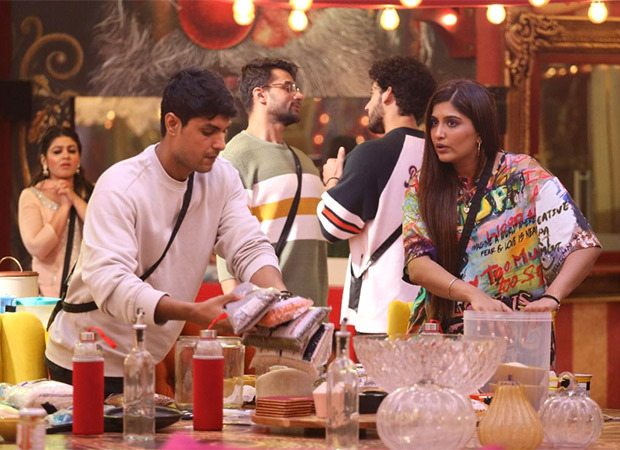 Bigg Boss 16: Viewers to witness turmoil over ration; captain Nimrit Ahluwalia to get a special power

In addition, they are forbidden from borrowing it from other housemates. This decree of Bigg Boss spurred squabbles over food. Contestant Shalin Bhanot takes six packets of chicken because he has a medical condition that requires him to have an adequate amount of protein. Meanwhile, Sreejita De and Gautam Vig are ruffled about having no chicken at all for themselves.

Not to mention, the housemates bicker over a single jar of coffee. It will be exciting to watch how the contestants earn their ration privileges with the changed rule. Nothing escapes the eye of ‘Bigg Boss’, who observes that the captain of the house Nimrit Kaur Ahluwalia has an issue with one of the housemates.

Bigg Boss summons her to the confession room and probes her about it. Nimrit shares that she is upset with Priyanka Chahar Choudhary, who sympathises with Manya Singh (one of the three contestants who must do all the household chores as part of the punishment for apologising during the nomination drill). Nimrit conveys that she spotted Priyanka advising Manya that she can cook in accordance with her comfort.

Making note of this, Bigg Boss empowers Nimrit to relieve one contestant among Tina Datta, Manya Singh, and Soundarya Sharma from the punishment of doing the household chores and have Priyanka join the punished trio in their stead. Despite the drama, the adorable Abdu Rozik brings a fun vibe to the house by dipping into the pool and inviting all the contestants to join him.

Also Read: Bigg Boss 16: Bigg Boss changes procedure for the nomination drill; contestants can nominate anyone for eviction without reason