Keeping up with his promise to treat fans and audiences with ‘never heard before’ updates on Prime Video’s upcoming projects, super-fan and #PrimeBae Varun Dhawan just revealed Sara Ali Khan as the lead of the upcoming Amazon Original Movie, Ae Watan Mere Watan, which goes on floors this month. In his signature, inimitable style, Varun revealed that Sara Ali Khan will play a valiant, lion-hearted freedom fighter in a fictional tale set against the backdrop of Quit India Movement in 1942. 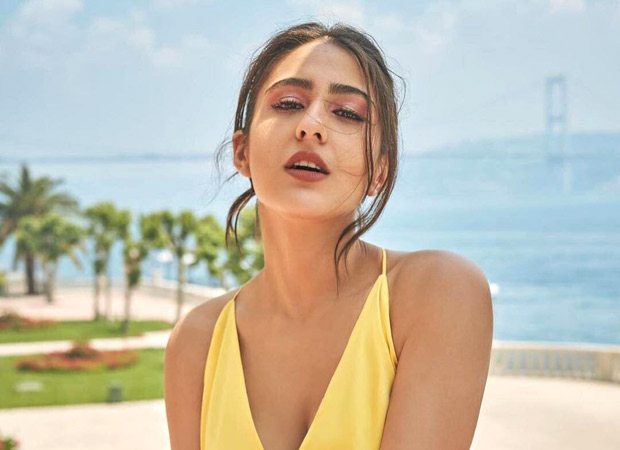 Bollywood Hungama had previously reported that the actress will be playing the role of freedom fighter Usha Mehta. A source told Bollywood Hungama, “Sara signed this film earlier this year. Now that she has finished her other commitments, the film will go on the floors in a few weeks. She has been prepping for the film and is very excited to essay a real-life character for the first time.”

As per the source, the film will majorly focus on Usha Mehta starting an underground radio station, called Congress Radio. It functioned for a few months during the Quit India Movement of 1942. In those few months, it left a huge mark as it greatly assisted the freedom struggle movement by broadcasting uncensored news and other information banned by the British government of India.

A thriller drama, inspired by true events, Ae Watan Mere Watan, has been written by Darab Farooqui and Kannan Iyer. A Dharmatic Entertainment Production, the film is being produced by Karan Johar and Apoorva Mehta, with Somen Mishra serving as the co-producer and is being directed by Kannan Iyer. The Amazon Original Movie will be available to Prime members in over 240 countries and territories upon its release.