Bhushan Kumar's T-Series has made a staggering announcement of the release dates of four films at once. The big ticketed projects include- Pagalpanti, Tanhaji: The Unsung Warrior, Pati Patni Aur Woh, and Bhuj: The Pride of India. 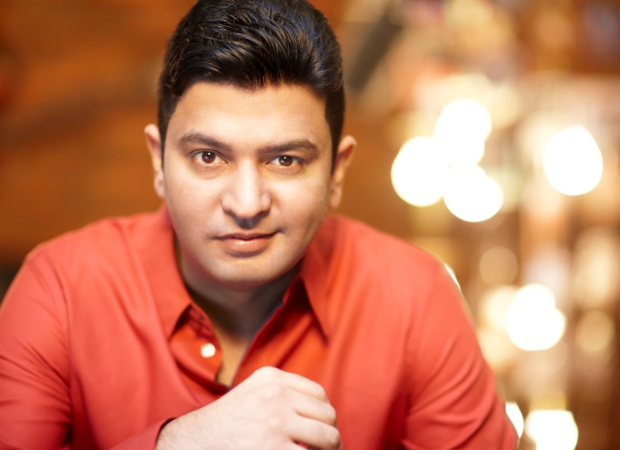 The modern-day adaptation of Pati, Patni Aur Woh starring Kartik Aaryan, Bhumi Pednekar, and Ananya Panday is gearing up for the release on 6th December 2019, replacing the Anees Bazmee directorial. Having completed the initial schedules of the film, the love triangle presents refreshing and dynamic equations between the actors.

After a glorious year in 2019, Bhushan Kumar opens his account next year with Tanhaji: The Unsung Warrior starring Ajay Devgn helmed by Om Raut looking at a release of 10th January 2020. The period drama traces the pages of history by bringing to screen the story of the brave Maratha warrior Tanaaji Malusare who laid his life in service to Chhatrapati Shivaji Maharaj.

The fourth and final film is the recently announced Bhuj: The National Pride of India riding on a formidable star-cast of Ajay Devgn, Sanjay Dutt, Parineeti Chopra, Sonakshi Sinha, Rana Daggubati, and Ammy Virk. Based on real incidents, the film will witness Ajay Devgn stepping in the character of Vijay Karnik, an IAF wing commander, while Sanjay Dutt gets into the skin of Ranchordas Svabhai Ravari, who helped the Indian Army during the 1971 Indo-Pakistan war. The other cast also holds very crucial roles in the film.

Displaying an exemplary composition of content-driven films, Bhushan Kumar has announced release dates of four films on a single day giving an insight into the varied spectrum of the body of work, the head honcho has in order to look forward.