South Indian actor Vijay Sethupathi recently confirmed that he would be working with Bollywood actor Aamir Khan in a film. The confirmation comes in after Khan met Sethupathi on the sets of Sanga Tamizhan at Pollachi. 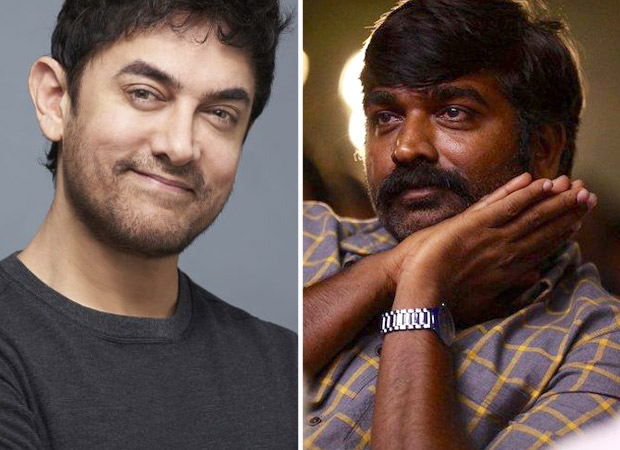 Aamir Khan is currently working on the film titled Lal Singh Chaddha. The movie is an official remake of Robert Zemeickis’ 1994 Hollywood classic Forrest Gump. If reports turn out to be true, the film will mark Vijay Sethupathi’s debut in the Hindi film industry.

Aamir Khan and Vijay Sethupathi have one more connection. The Dhoom 3 actor will reprise Vijay’s role of Vedha in the Hindi remake of Tamil blockbuster Vikram Vedha. Saif Ali Khan will be playing the role Madhavan did in Tamil.

Aamir Khan was last seen on screen in the 2018 film Thugs of Hindostan alongside Amitabh Bachchan, Fatima Sana Shaikh and Katrina Kaif. On the other hand, Vijay Sethupathi is an Indian actor, producer, lyricist and dialogue writer who works prominently for the Tamil film industry. He has proved his mettle as an actor in films like Pizza, Vikram Vedha, and Super Deluxe among others.

Recently the Super Deluxe actor was in the news for his comment on the abrogation of Article 370 in Jammu and Kashmir. The actor in a radio interview said that it is against democracy.