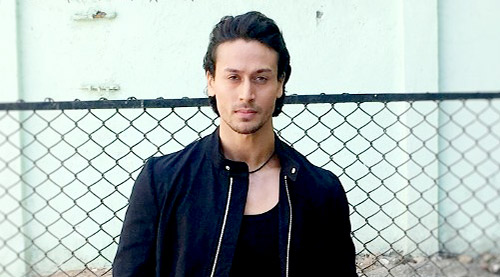 Tiger Shroff plays a Michael Jackson fan in his next project Munna Michael. And to get his moves right, Tiger moves to Los Angeles to train under Michael Jackson's choreographers.

Tiger reveals laughingly, "You can call it my smart move. But yes, I'm going to be trained by choreographers who worked with Michael Jackson in the This Is It documentary. I'll be training in some of MJ's dance forms that I am not familiar with."

MJ fans would recall that the marathon documentary This Is It was pieced together from the behind-the-scenes footage of MJ rehearsing, jamming and preparing for his world concert that never happened. He passed away before the proposed concert.

Now Tiger revisits those golden moments captured in the documentary with the people who worked closely with MJ.

The young actor has always been a diehard MJ fan. Last year on Michael Jackson's birthday, Tiger Shroff had done a music video dedicated to MJ. "I consider him the God of dancing. In the video I had expressed my debt to MJ by mixing his track 'Billy Jeans' with my own song 'Whistle Baja'. It was my way of showing my love and respect for MJ's art. And now it's time for me to take my love and respect for the God of Dancing even further."