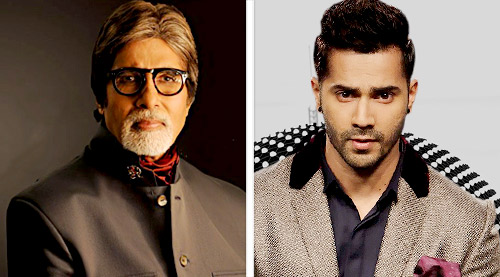 Looking at the kind of films that he is doing, it's no rocket science to say that Varun Dhawan is quickly on his way to reach the top. Even though there are a few films lined up for this young lad, the rumour markets are already abuzz about Dabba Gul, a film in which he will be sharing screen space with none other than Amitabh Bachchan himself.

While there has been no official announcement about Dabba Gul, buzz is that, Yash Raj Films will make an announcement anytime soon. Pradeep Sarkar will be directing the film.