Cyclone Tauktae caused a lot of disruption in the state of Maharashtra. To bear the loss, Bollywood celebrities have come forward in planting and adopting tress. Sonakshi Sinha on Tuesday shared an Instagram post where she can be seen watering her adopted plant with her parents Poonam and Shatrughan Sinha. 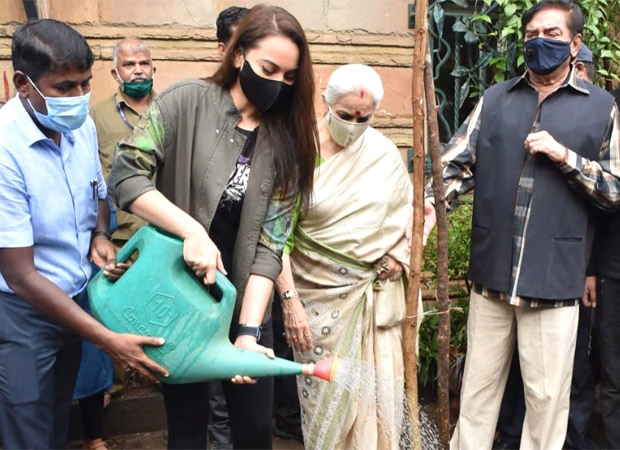 Sharing the post, the actress encouraged everyone to plant trees to repair the damage the Cyclone Tauktae has caused. The actress wrote, "Now you can adopt a tree.. or two.. or three!!! Mumbai lost about 2363 trees because of Cyclone Tauktae and about 348 of those were in the K west ward itself… kudos to the Assistant Commissioner MCGM K/West ward Mr. Mote and his team at @my_bmc for starting this amazing initiative where conscious people of the community can replant and adopt trees that were uprooted!"

On the work front, Sonakshi will next be seen in Bhuj: The Pride Of India opposite Ajay Devgn, Nora Fatehi and Sanjay Dutt. Apart from it, the actress is also all set and gearing up for her digital debut Fallen, where she will be playing the role of a cop for the very first time.