The big announcement about Shanaya Kapoor, aka Sanjay Kapoor and Maheep Kapoor's daughter's Bollywood debut, was made this week. The newbie who was an assistant on the sets of cousin sister Janhvi Kapoor's Gunjan Saxena - The Kargil Girl will also be launched by Karan Johar who not only gave her cousin sister her maiden film but also was the man who introduced bestie Ananya Panday into films. Many thought Shanaya will be the face of Student Of The Year 3 but now, we can officially tell you that it's not the plan. 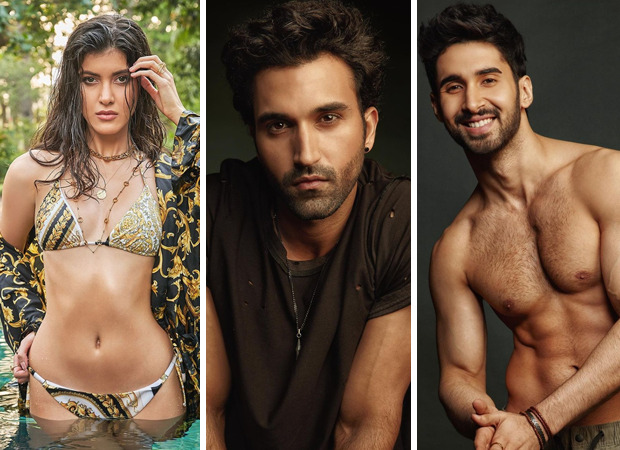 Shanaya Kapoor to romance Gurfateh Pirzada and Lakshya Lalwani in her debut and it’s not SOTY 3!

A source says, "Shanaya has been signed on officially by Karan's talent management team Dharma Cornerstone Agency. She has also bagged her first film and it will also star other DCA talents Gurfateh Pirzada and Lakshya Lalwani. The rom-com is very much an urbane triangle love story and it goes on floors around mid-2021. Depending on the shoot, the team will plan its release."

As for SOTY 3, it is being planned as a digital only film for Netflix. The source adds, "Shanaya was indeed being considered along with Alaya F for SOTY 3. But Maheep and KJo discussed it and they didn't want her first film to not have a theatrical release. As for now, it's not known if Shanaya will still do SOTY 3 but that definitely won't be her big debut. The rom-com with Lakshya and Gurfateh will be a theatrical release and will introduce her into the movies."