Bollywood Hungama had earlier revealed that Siddharth Anand’s Pathan featuring Shah Rukh Khan, Deepika Padukone and John Abraham will be the first Bollywood film to be shot at Burj Khalifa. And now, we get some more exclusive dope on the film. If our sources are to be believed, the makers of Pathan are planning the biggest climax scene ever for a Bollywood film with action on a never seen before scale shot inside and on the top of Bhurj Khalifa. 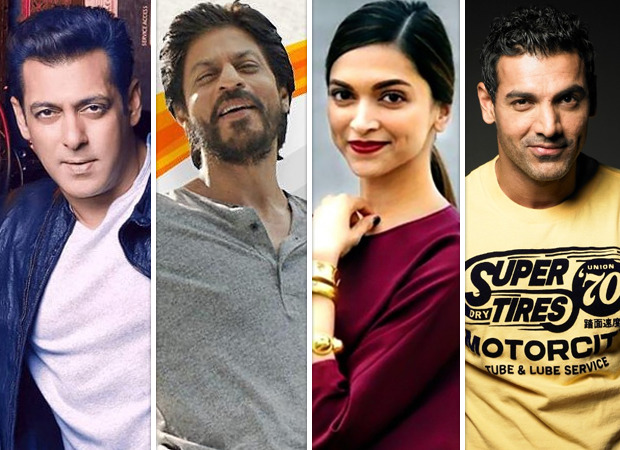 “Shah Rukh Khan, John Abraham and Deepika Padukone will be a part of the Bhurj Khalifa sequence towards the climax, and that’s when Salman Khan too joins the agent gang of SRK and Deepika as RAW agent Tiger in the film to take on John,” a source close to the development revealed. Well, that’s not all, apart from the Burj Khalifa climax, Salman is expected to have some other scenes too in the film. His extended cameo is expected to be as long as 20 to 25 minutes in this Shah Rukh Khan film, and he will be shooting for a period of 15 days starting this month, before moving on to the third Tiger film from March.

Reportedly, Shah Rukh Khan has been shooting at YRF studio in Mumbai for the last 3 days, and he has canned a big scale action scene in the studio. Pathan is said to be SRK’s comeback to the big screen after the 2018 Christmas release, Zero and it is easily the most awaited film of 2021 by a huge margin. It is gearing up for a Diwali release and an official announcement is underway in March.

Not just SRK fans, but the excitement of Pathan spreads all across, that too without any official announcement from the production house.